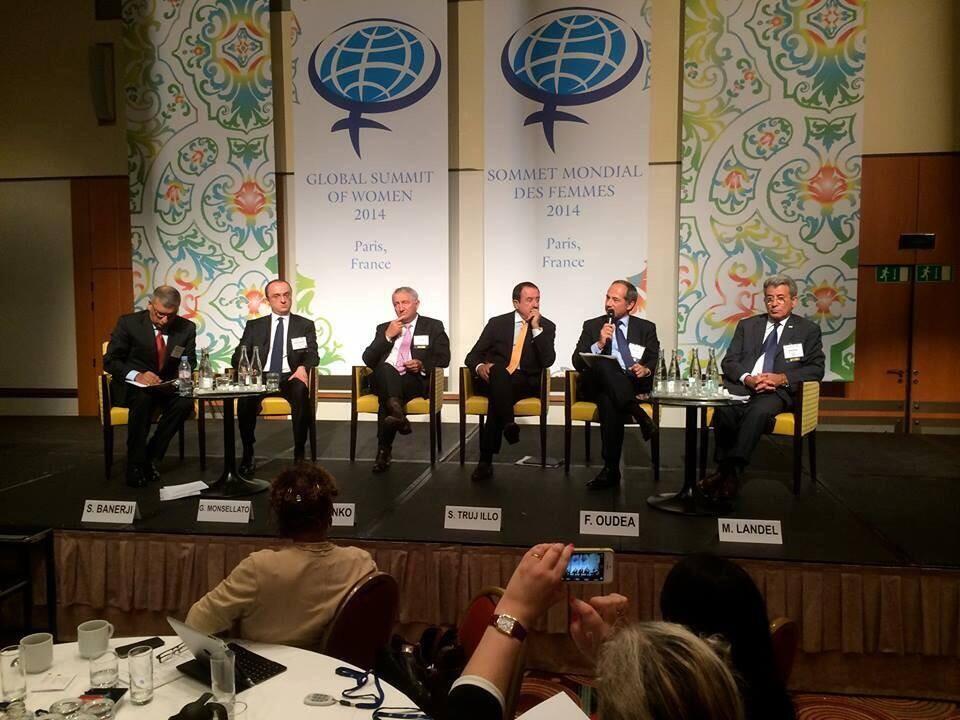 At CGD Europe we try not to organise any men-only panels (I regret to say we ended up with one such panel when our star speaker could not join us at short notice). I’ve taken the further step of making a pledge not to appear on any panels of two or more people without at least one woman.

As the audience patiently waited for us to answer the question, “Why are there no women on stage?” I thought of my friend Owen Barder, a well-known economist and a world-class mind. He once told me that he refused to join all-male panels. At the time I smiled, thought to myself, “The English can be very eccentric” and carried on. But now, with a room full of women waiting for an answer I did not have, I understood what Owen was doing.

There is no topic that cannot be discussed by women. There is no circumstance that would prevent one from inviting women. There is simply no rational excuse for excluding women. And, if you are invited to join a panel with no women, you must conclude it is being organized by fools.

I do not perform for fools. So, I am taking Owen’s pledge, and I will never speak on another panel that excludes women.

(Unlike Scott, I am a feminist. No doubt he thinks that is eccentric too. That’s OK.)

Because I believe you cannot conduct constructive discourse on international issues without the participation of women, I recently decided not to speak on any panels that did not include women. I’m not writing this to seek a pat on the back. But because any discussion that does not include women’s perspectives or that reflexively excludes or fails to seek out the women who are leaders in their fields in virtually any and every subject on this agenda will be deeply inadequate and will only compound distortions of gender bias that exist because of our long history of systematic exclusion of women’s views. I’d much rather participate in discussions where the organizers actually demonstrate that they are committed to producing the best possible work product.

I don’t delude myself into thinking that I alone can make a difference, but I was inspired to do it by others and by a little coaxing from some smart and well-intentioned Twitter followers, and my hope is that others with similar views will join in. At Foreign Policy, as event organizers we have embraced a similar commitment to diversity (just as we have to diversity in the views we presented on the web and in print). Not because it is politically correct but because it is our journalistic and intellectual responsibility to offer a full range of views. (And this is not just about gender — it includes other forms of cultural and ethnic diversity as well, all of which are important. But you have to start somewhere, and it seems reasonable to me to start with addressing the grossest of history’s social wrongs, the systematic repression of women by virtually all cultures.)

Scott and David have both made the pledge. If you would like to join us, you can sign the pledge by adding your name, affiliation and a URL in the comments here.

2 thoughts on “The Pledge”