How to avoid high roaming charges in developing countries 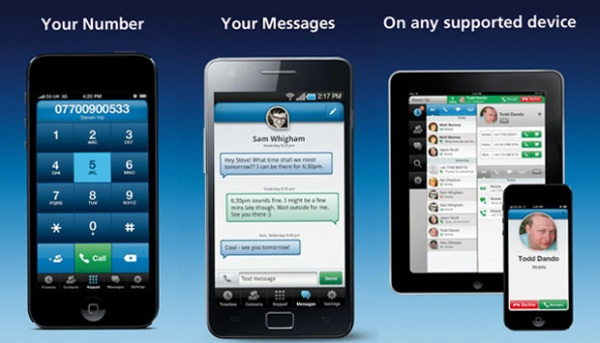 Here is some excellent news for Brits who travel often to developing countries. One of the irritations of frequent travel is the ludicrous roaming charges imposed by mobile phone companies (file under #FirstWorldProblems). It is expensive to receive calls on your British mobile number when your travelling (because you have to pay the international call rate on the incoming call) as well as to make calls or send or receive texts.  The data costs when roaming are also extortionate.

Roaming charges within Europe are beginning to come down, thanks mainly to the EU, but it still costs an arm and a leg to use a British mobile in the United States or in most developing countries.

My usual work-around has been to use local Pay-As-You-Go SIM cards and leave my UK mobile switched off, so that it diverts to voicemail. A big disadvantage of this is that anyone calling or texting my UK mobile doesn’t reach me. (By the way, it is outrageous that there is no way to access my mobile phone voicemail, nor send and receive texts, over the web.)

The good news is that O2, a UK mobile operator, has released a new app called TuGo which seems likely to disrupt all that. It installs on your Android or iPhone, or your laptop. Anywhere you can get a wifi internet connection, you can use the app as if you were using your mobile phone in the UK. It can receive calls made to your UK mobile number, make calls from your UK number, and it can send and receive texts. All this comes out of the talk time and text allowance in your normal O2 contract, with no additional overseas roaming charge.

So for example, when travelling in Ethiopia you could put a local Pay-As-You-Go sim card into your smartphone (to make and receive local calls) and run this app (to make and receive calls and texts on your UK mobile number, using a wifi internet connection). Then you would have two phone numbers working simultaneously on your phone without the need for dual SIM. Provided you can get a decent internet connection – perhaps in a hotel or internet cafe – you would be able to sit in Ethiopia and make and receive calls as if you were in the UK, on your normal UK mobile number, with no roaming charges and no international call charges.

There are parts of this you can do in other ways. You can use Skype to make international calls; and if you have a Skype In number people can call you. You can use What’s App to send messages to other users of What’s App.  But I am not aware of any other solution that enables you to use your normal mobile number for calls and texts, anywhere in the world, without international charges, and without the people you are talking to having to do anything different.

Sadly I am not with O2 so I have not tried this.  Has anyone with O2 given it a go? I would be interested to hear how it works in practice.

Now that O2 have shown that this is possible, I cannot see how other mobile phone operators can avoid following suit. I asked Vodafone if they are planning to introduce a version of this app for their customers. I got an uncomprehending reply from customer support, saying that since the app is only for O2 customers, I won’t be able to use it. [NSS!] If Vodafone has not introduced a similar app by the time my contract expires, I’ll probably move my number to O2 to take advantage of it.