From poverty to power – Duncan Green on Development Drums 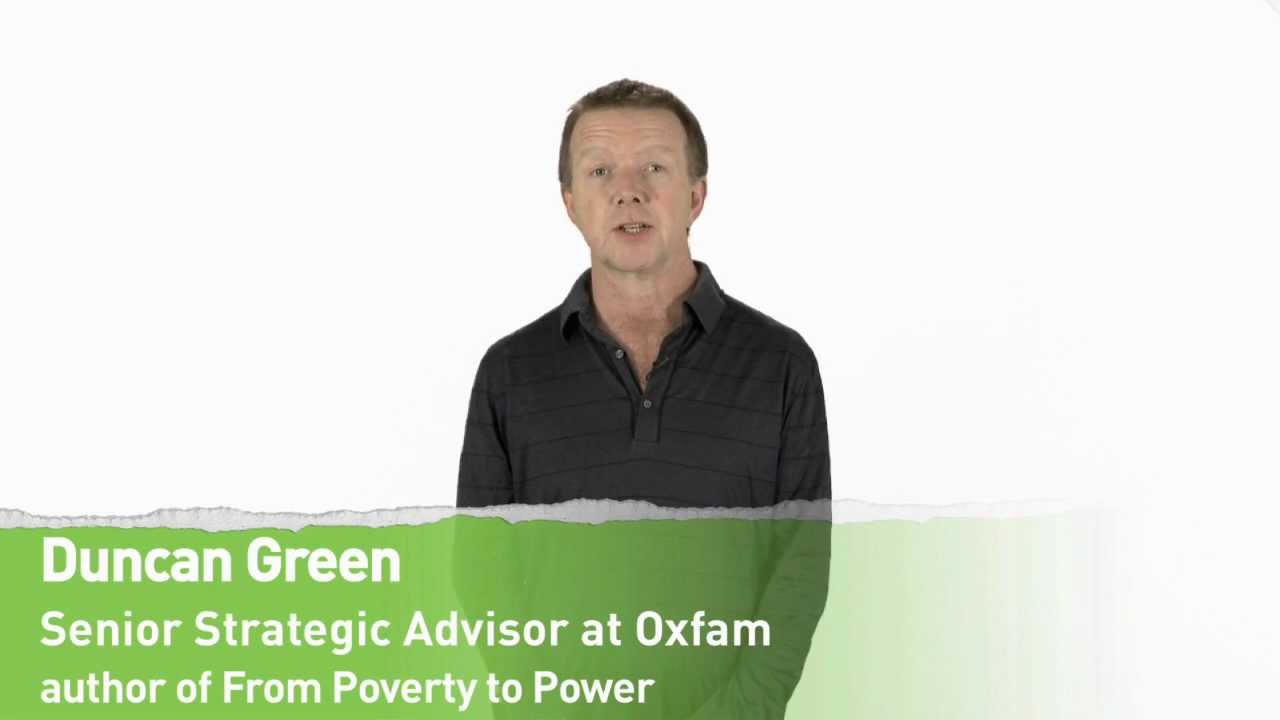 In the second of a series of three Development Drums podcasts about the relationship between citizens, states and development, Duncan Green talks about effective states and active citizens. Duncan is widely known for his terrific development blog; he is also the author of an ambitious book, From Poverty to Power, which is now out in its second edition.

Like Rakesh Rajani in the previous episode of Development Drums, Duncan emphasizes that change happens from within. Aid and the international system can help, or hinder, but are essentially secondary.

In the last episode of this trilogy about states, citizens and development, Daron Acemoğlu and Jim Robinson will talk about their book, Why Nations Fail. They are somewhat more pessimistic than Duncan about the possibility of influencing the speed and direction of development.  (But before that, Development Drums will bring you an interview with Bob Geldof which has led me to find out how to use the ‘explicit language’ tag in iTunes.)

My own view is that Duncan’s story about effective states is more compelling than the role he describes for active citizens. I see how active citizens can sometimes shape development for the better; but they can also sometimes stand in the way of progress. In either case, I suspect we may be in danger of overstating the role of active civil society. In the end my view is closer to the position reached by Acemoğlu & Robinson, though I don’t entirely agree with them either.

But don’t take my word for it: listen to Duncan Green on Development Drums on the website, or download it from there to your phone or MP3 player.  You can also subscribe to Development Drums free of charge in iTunes.