A rose by any other name: good global citizenship 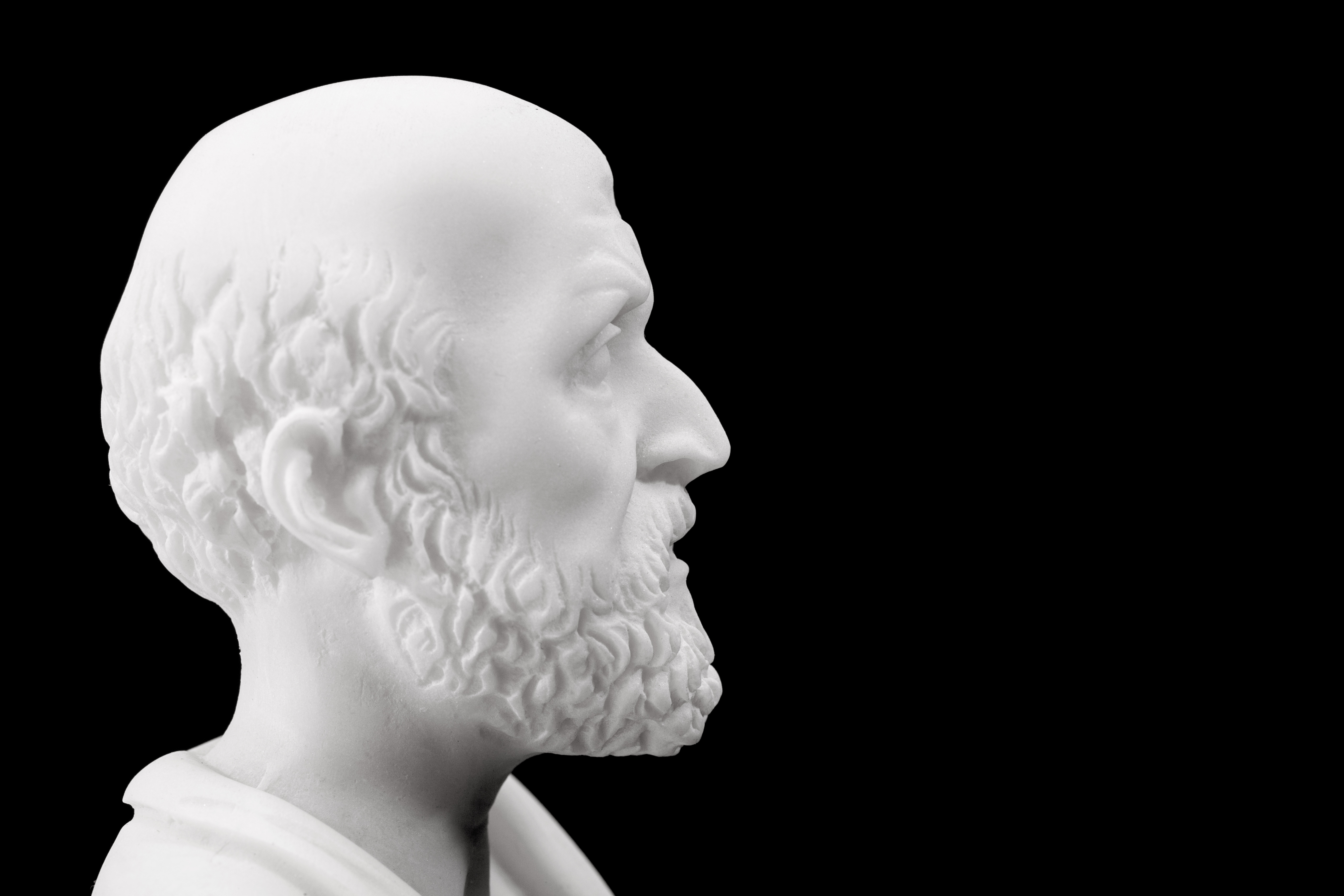 At the Center for Global Development we spend our days (and quite a lot our nights) thinking about how the policies and actions of rich countries and powerful institutions affect the world’s poor. We look not only at aid, which is the focus of many other people working in development, but also at the effects of other policies, such as on investment, migration, environment, security, trade, technology and global health.

Given this is what we do, it is awkward that we do not have a simple way of describing this broader range of issues on which we work.

There are two phrases which are often used in the rarefied discussion and communiqués of international conferences: ‘policy coherence for development‘ and ‘the do no harm principle‘. I think both ideas are flawed, for reasons I explain below. We at CGD in Europe have been using the term ‘beyond aid‘. But that is not ideal either.

I would like to use the phrase ‘good global citizenship’, though my American friends tell me that this may conjure up unwelcome connotations of black helicopters flying out of Turtle Bay.

(You might well think this is a self-indulgent rant about semantic niceties, and it is definitely a #firstworldproblem. Nonetheless, language matters for all sorts of reasons: it can reinforce misleading presumptions and prejudices, and unconsciously shape priorities.)

‘The do no harm principle’

I flinch every time I hear someone talk about ‘the do no harm principle’. It is presumably intended to echo a phrase from the Hippocratic Oath:

I will use treatments for the benefit of the ill in accordance with my ability and my judgment, but from what is to their harm and injustice I will keep them.

There is much to like in the Hippocratic Oath, but it makes no sense, in medicine or in development, to insist that we should ‘do no harm‘. The only way to achieve that objective would be to do nothing at all.

Almost all of the most important steps on the road to development produce losers as well as (many more) winners. The cotton spinners of Blackburn were harmed by the invention of the spinning jenny. Corrupt officials are harmed by efforts to improve public financial management. Lorry drivers are harmed when the railway is built. Should we stand against policies and actions which promote development because it is inevitable that someone, somewhere will lose from those changes? We can ‘do no harm‘ only if we oppose all development.

Furthermore, the ‘do no harm principle‘ is unavoidably a ‘take no risks principle’. A medicine may save millions of lives, but there are always some possible side effects such as allergies or the risk of contaminated supplies. If we provide a medicine to millions of people, the chances are that at least one person will be harmed by it. The only way to ‘do no harm‘ is to give it to nobody. Strictly speaking the ‘do no harm principle’ requires that nobody anywhere should be vaccinated, denying benefits to millions of people. We won’t get far in development if we take no risks.

In practice, the phrase ‘do no harm‘ is often used as a shorthand for the sensible idea that we should pay attention to the broader effects of our choices, and be alive to the likelihood of unintended consequences. This should be uncontroversial. We should pursue policies which do (much) more good than harm, which take account of the broader consequences, which take proportionate steps to limit the harm and risks, and which are careful and responsible about looking after those who are likely to lose from change. But to encapsulate the need for more care about broader consequences as a ‘do no harm principle‘ seems to me to reinforce unhelpfully conservative presumptions, both in the broad policy narrative and in the way individual projects and programmes are appraised.

Finally, ‘the do no harm principle‘ embraces a supposed ethical distinction between action and inaction which I find repugnant, and which most of the moral philosophers that I admire reject. I believe we should be just as concerned about not allowing harm as we are of not doing harm. We should be judged not only by what we do, but what we fail to do.

If there is a phrase I like less than ‘do no harm‘, it is ‘policy coherence for development‘ or – worse – ‘PCD‘.  I dislike this term in part because it is ugly jargon that means nothing to anyone outside the echo chamber of development bureaucracy. But I dislike it also because it focuses attention on the wrong question.

My interest in broader policies is not whether they are ‘coherent‘ but whether they are helpful or harmful to the world’s poor. A country could have a set of policies on aid, trade, intellectual property rights, tax and financial flows which coherently benefit its own companies or which coherently ignore environmental sustainability, and which are nonetheless perfectly awful for international development.

It is often implicit in discussions of ‘policy coherence‘ that it is especially desirable that a country’s other policies (eg on trade) should be consistent with the objectives its aid programme.  But this is the aid tail wagging the policy dog: industrialised countries should have good policies on climate change or immigration because these policies would benefit poor people (as well as benefiting the people of the industrialised countries), not because such  policies would buttress the aid programme. You have to have a peculiar obsession with aid to think that coherence with the aid programme is a good reason for doing the right thing.

This isn’t an entirely academic objection: I was recently at a meeting on Policy Coherence for Development at which one of the delegates, a mid-ranking official from her country’s foreign ministry, argued strongly that the focus of a work programme on policy coherence should be how different policies interacted with each other, rather than examining those policies primarily from the perspective of how they impact on developing countries. (Her point – with which it is difficult to argue – was that this is what the term actually means.)

Policy coherence would presumably be a consequence of a country having development-friendly policies in every different area. But policy coherence is not an objective in its own right, nor is it a powerful motivation for normal people. It takes a peculiar narcissism bordering on obsessive-compulsive disorder of policy wonks to elevate coherence between policies as a higher virtue than the individual impact of those policies on poor people.

Because the ‘do no harm principle‘ is effectively a ‘do no development principle‘, and ‘policy coherence’ is an OCD obsession with consistency rather than impact, in CGD in Europe we have been looking for a different way of describing our work. We have settled on  ‘beyond aid‘ to describe our initiative which looks at the way that the policies of European countries affect development. Though I prefer this by some distance to ‘do no harm‘ or ‘policy coherence for development‘, it suffers from two slightly contradictory yet significant drawbacks.

First, by defining these policies as things which are ‘beyond aid’, we seem to imply that aid is still first among equals in the way we approach development. Why don’t we call it ‘beyond trade’ or ‘beyond migration’? By calling it ‘beyond aid’ we might reinforce the idea that aid is the first or main instrument for tackling development, and everything else is an optional extra.

Second, the phrase ‘beyond aid’ is sometimes misinterpreted as implying that we should put aid behind us – in other words, that aid is no longer needed or useful. There are people who believe that, sometimes with considerable passion, but you do not have to be one of them to believe that these other policies are important. We do not want to use a term which implies that people should be forced to choose between aid and improvements in other policies, when they can reasonably support both.

Officials at the OECD recently asked us to call an event in which they were participating ‘aid and beyond‘ instead of ‘beyond aid‘ because they wanted us to emphasize that these policies are important as well as, and not instead of, aid.  While ‘aid and beyond‘ helps to avoid the the implication that we should forget about aid, it suggests even more strongly that aid should have pride of place in our thinking. I see why this implication might be attractive to the home of the  Development Assistance Committee, but describing the development policy agenda in this way risks distorting our priorities by appearing to put aid at its centre.

So if we cannot talk about ‘the do no harm principle’, ‘policy coherence for development‘ or ‘aid and beyond‘, what shorthand can we use for the wide range of policies which affect poor people around the world?

I like the phrase ‘good global citizenship’.  I’ve adapted this phrase from David Roodman who has been doing some analysis with a working title of a Global Citizenship Index. It resonates with the idea that we are concerned with how countries, governments, companies, institutions and people behave as global citizens – helping shape the norms and rules, and living within them, for our collective benefit and to protect the weakest and most marginalised members of society. I think this idea captures well the set of policies and behaviours by which rich countries, emerging powers and international institutions affect developing countries and poor people. It has the merit of being accurate and easily understood.

I gather from some American friends that this may sound less appealing to American ears: perhaps it sounds too much as if it is the first step down the road to global government, which ends with black helicopters flying out of  the UN offices on Turtle Bay to pacify the land of the free. I would be interested to know if this phrase really is too neuralgic for an American audience. (Please tell us in the comments.)

I believe that no development institution should be created unless at least one is closed down at the same time; and I feel the same way about jargon. So if we are going to start talking about ‘good global citizenship’, then at the same time we should strike ‘the do no harm principle’, ‘policy coherence for development’ and ‘aid and beyond‘ from the development lexicon.

Improvements on ‘good global citizenship’ or defences of the existing phrases welcome in the comments.

UPDATE: Norman Geras disagrees. I think he makes a very good point. I have more consequentialist instincts than him, but I accept there are some harms that can’t just be put in the balance. Accepting his argument, my formulation which he quotes isn’t quite right. But my main point stands: the phrase ‘do no harm’ makes no sense. The phrase ‘good global citizenship’ still seems attractive.

22 thoughts on “A rose by any other name: good global citizenship”