Take control of your email in 2013 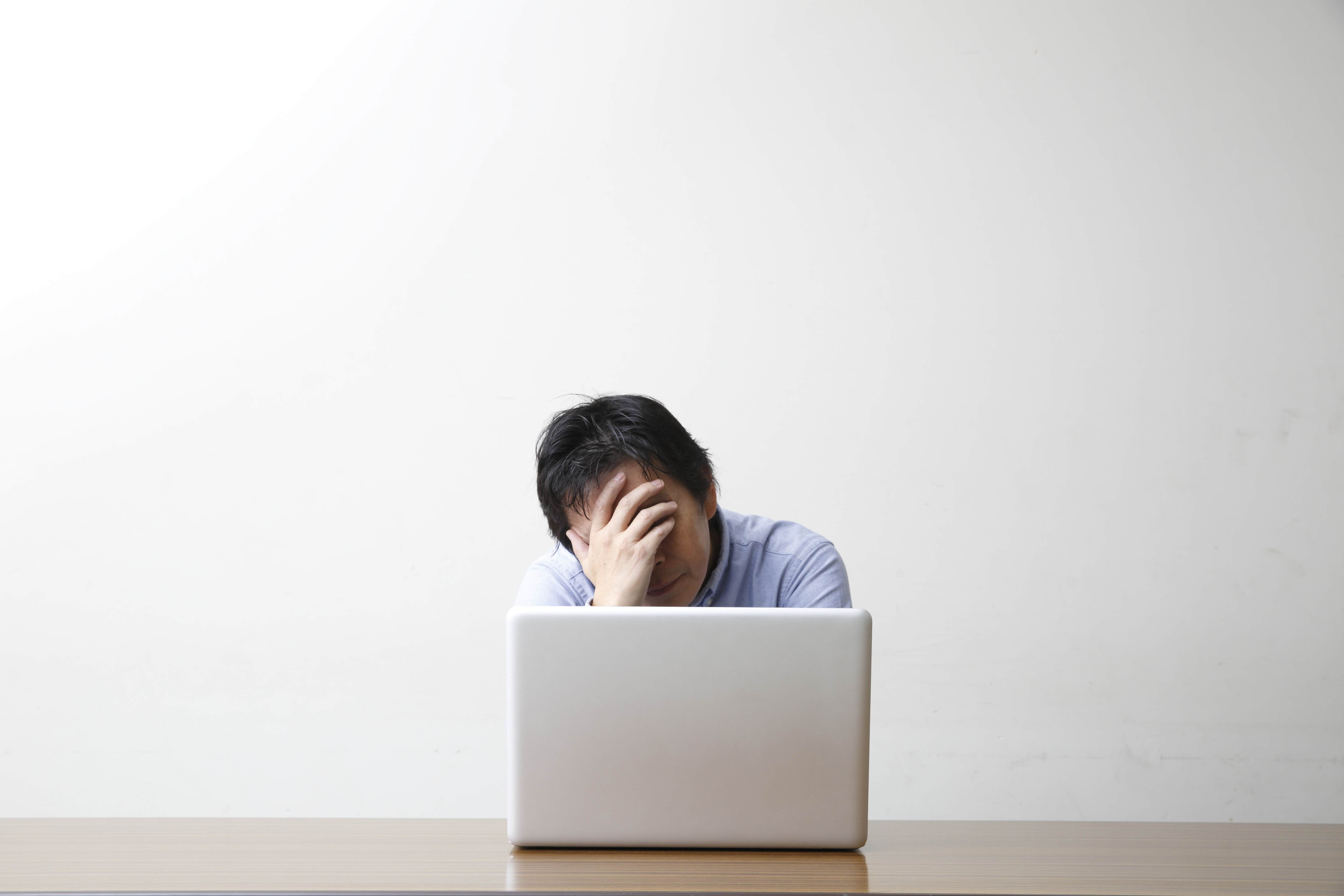 With new year resolutions upon us, this seems a good time to share my approach to managing emails, which I wrote  down at the request of some of my colleagues. I do so recognizing that I have not completely cracked efficient working. I don’t always answer emails as quickly as I would like, and I do not always set my priorities well. Nonetheless, this system has helped me to stay largely on top of my inbox. This approach has worked for me partly because it has not required big changes in my working habits. It uses built-in functions of Microsoft Outlook, which is helpful because not everyone is allowed or wants to install special software.  If this approach to managing emails sounds useful, here is a guide to setting it up in Microsoft Outlook.

Here are some things which I hear people say about their email, all of which resonate with me:

If those worries sound familiar to you, this approach to dealing with emails may help.

The triage approach is a simplified version of suggestions from several books on how to manage projects and how to manage your time.  In particular, I have taken inspiration from ‘Getting Things Done’ by Dave Allen and from ‘Master Your Now’ by Michael Linenberger. I have tried those approaches, but I found myself unable to make the kind of commitment to new ways of working that they require. (Both approaches revolve around using to-do lists rather than email.) I have no doubt that people who go the whole hog and embrace one of these approaches get significant benefits from doing so; and there is special software, including plugins for Outlook, which they can use.  I am more comfortable with my simpler version which fits my own way of working, and it uses only Outlook’s built-in functions.  (Here are my instructions for setting up Outlook.)

Several times each day, I triage my email inbox. This involves going through everything in my inbox and choosing one of four ‘Ds’:

Once you have fully triaged your inbox, you will have a zero inbox. Everything will either be dealt with, deleted, delegated or deferred.  You can then turn to your ‘Today’ inbox to deal with the things you need to do during the day.

Some people specifically set aside an hour each morning or each evening to do email triage. I tend to look at my inbox every two or three hours to triage it. It usually takes about 15 minutes.  (I find this is also a good time to check my Twitter feed and Facebook!) 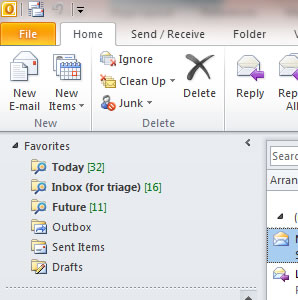 If you triage your inbox three or four times a day, your inbox should be close to zero most of the time. I have switched off Outlook’s pop-up notification and sound alert for incoming emails, so that new emails do not disturb me while I am working on something else. (Instructions for how to do this are included in the set-up guide).

Instead of living in the inbox, I work mainly in my ‘Today’ folder which contains the emails which I have flagged for action today. I have set Outlook to open automatically into that folder.  That folder contains emails which have arrived previously and which I have flagged for action today; others have arrived today and I have marked them as needing to be dealt with today.

The art of procrastination

If there is something which I want to deal with later, but don’t yet know when, I kick the can down the road by queuing it up for a future Monday, often the first Monday of some future month.

So each Monday, especially if it is the first Monday of the month, my Today folder is a bit more full than usual with emails for me to review.  Some of them I kick down the road again to a future week or month; some of them I decide I am never going to tackle (or the moment has passed) so they get filed; some of them I can now deal with right away; and some of them I resolve to deal with this week and I put a particular date during the week to look at them.

As well as organising work by date, I also organise emails by ‘context’.  I have three key context folders: @travel, @meetings and @Washington

Into each of these I put emails which I am going to need in a particular situation (such as when travelling).  Some people have a context folder for meetings with their boss, or with staff who report to them directly, so that they have a ready-made agenda for their next meeting.

If you still want to use the defer function described above, you should first put a copy of the email into the relevant context folder (by dragging it there while holding down the Control key) and then defer the original email in the usual way.

Why this approach works for me

There are several characteristics of this system which seem to be important.

I have tried lots of different systems, some more elaborate than others, and this particular approach has worked well for me.  It will take about 15 minutes to set it up using this guide (but a bit longer to do your first triage!).

If you use Gmail rather than Outlook, there is unfortunately no equivalent function to put dates on email messages.  You could try Sanebox, or if you use an iPhone the new Mailbox email programme looks quite interesting.

If you have suggestions for improving this system, please put them in the comments below.