Should Britain give aid to India? 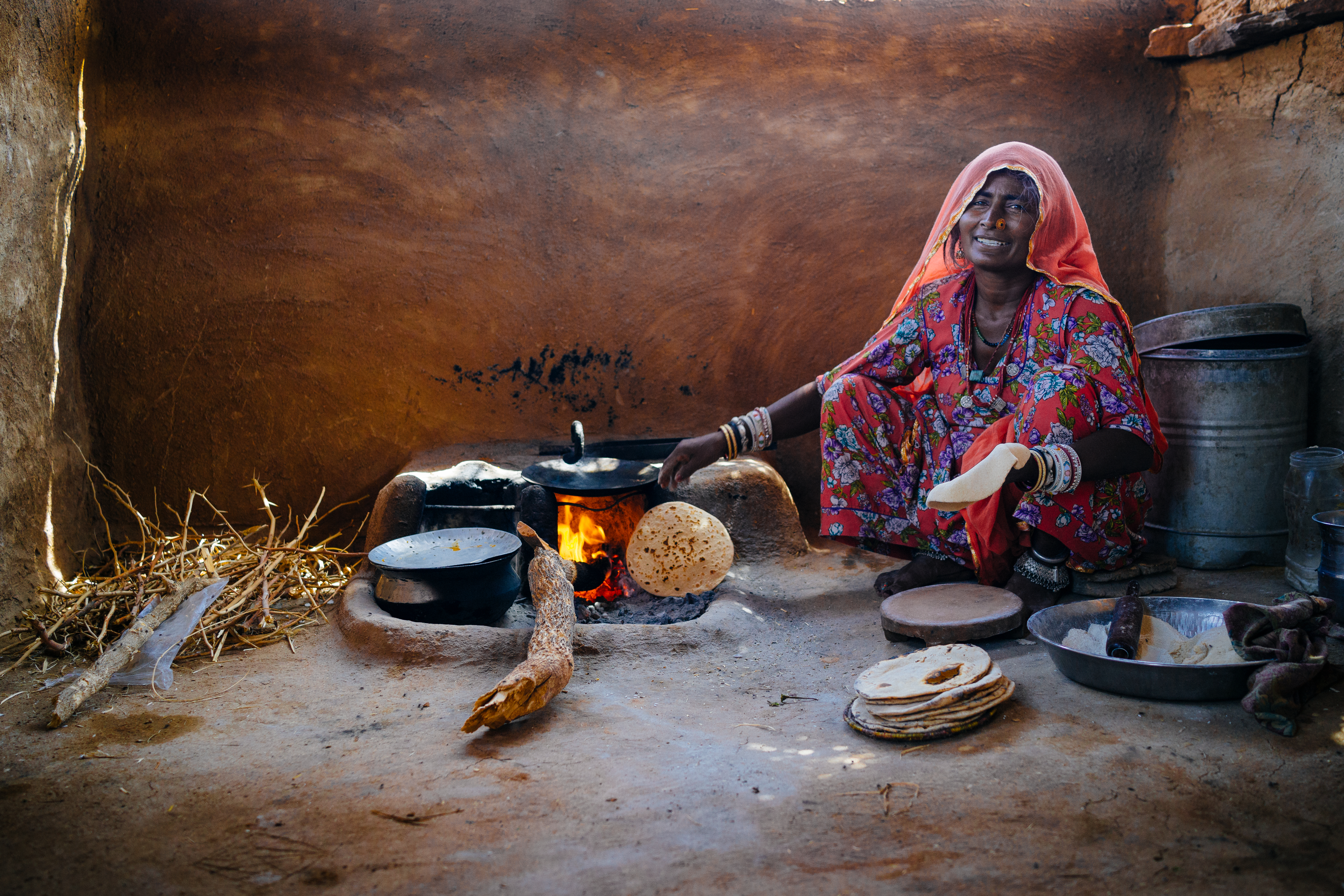 Britain has announced the end of new grant aid to India – in future aid will either be technical assistance or investment.  I think this is a mistake: the wrong decision, at the wrong time, for the wrong reasons.

We all know the clichés: India has a space programme; it has 61 billionaires and a burgeoning middle class. India became a middle income country four years ago, and though there are still 400 million people living in poverty that number is falling fast.  The era of Empire is over: it is for India, not us, to sort out its internal distribution of income and wealth.

What’s more, the citizens of both countries resent the aid relationship. Many Brits don’t see why they should pay taxes for aid to a country that is increasingly an economic rival, not an economic basket case; and Indians resent the patronising way aid is accompanied by finger wagging and expectations of contracts which do not befit a genuine partnership. What India both needs and want is the opportunity to trade, not more aid.

And yet: one third of the world’s poorest people (living on less than $1.25 a day) live in India. About 250 million Indians – a quarter of the country – will go to bed hungry tonight. About half the children in India are malnourished: a child in India is twice as likely as a child in sub-Saharan Africa to be underweight. The result can be stunting of mental and physical growth and development. Effects can be life-long, passed between generations, and can affect how well children do at school and their capacity to earn later in life. Lack of nutrition affects the economic potential not just of individuals but of the whole nation.

Furthermore, this is not, as is sometimes implied, merely a problem of inequality which could be sorted out if only the Indian authorities took it more seriously. India’s income per person is one third of that of China, and a sixth of that of Brazil. The poorest eight states in India contain more poor people (pdf) than the 26 poorest states in sub-Saharan Africa. If you spread India’s entire national income equally it would work out at about $10 per person per day. That is well above than the (preposterously low) international measure of poverty of $1.25 a day; but it only about a third of the (also far too low) US poverty line. (These numbers are at purchasing power parity, so don’t console yourself that $10 goes a long way in India.) That means that even if there were a way to redistribute income on a massive scale (which there isn’t: see Martin Ravallion’s calculations of the marginal tax rates that would be involved) the whole nation would still be appallingly poor and would still need our help.

Furthermore this problem will not go away any time soon even with healthy economic growth.  The OECD projects that over the next 50 years India’s income per head will grow approximately seven-fold but that in 2060 average living standards in India will still be roughly a quarter of the level of the United States.

It is entirely fair to say that aid won’t make much difference to any of this. It won’t accelerate economic growth very much, nor will it greatly affect the distribution of income. For a start, aid is far too small: India receives aid worth about 0.2% of its national income. But even where aid has been much larger, the effect on growth is very difficult to discern.

But that is not the right standard by which to measure aid. According to DFID, the aid provided by British taxpayers is currently paying for 835,000 children to go to primary school, and a further 700,000 students to go to junior secondary school. Between now and 2015, our existing aid programme (before it comes to an end) will provide nutrition programmes to 3½ million children and pregnant women, and pay for medical help in childbirth for 333,000 births. About 2.8 million people will get sustainable access to improved sanitation.

If India continues on its path of economic growth, and solves its problems of inequality, eventually those children will not need our aid. We can end our aid programmes now in the expectation that this will happen.  But let’s be clear: by ending aid prematurely we are playing chicken with children’s lives. Don’t pretend that we don’t know that the most likely consequence of this is that millions more people will suffer from malnutrition, hundreds of thousands of children will not be in school, and millions of people will not have access to toilets.

None of this contradicts the view that it is preferable for India to trade and grow its way out of poverty than to go on receiving aid. As India’s External Affairs Minister Salman Khurshid said the other day, “aid is the past, trade is the future.”  At the Center for Global Development, we work mainly on thinking about what the industrialised countries can do to help create the conditions in which developing countries no longer need our aid.

“.. we must try to tackle the root causes of poverty – not just the symptoms. This means putting in place the building blocks of prosperity – what the Prime Minister has referred to as the ‘Golden Thread’ of development.”

And the British Prime Minister said:

Both these remarks are absolutely right: but where is the action?

I’ve read the DFID press release carefully, and while I see the section on “aid is the past”, I did not find anything about the UK living up to its responsibilities to ensure that “trade is the future”.

The eighth Millennium Development goal includes a commitment to a “an open, rule-based, predictable, non-discriminatory trading and financial system”, yet the wealthy and powerful countries have failed to agree a development-friendly multilateral trade agreement. Nor have rich countries lived up to their commitment to introduce duty-free, quota-free access for least developed countries. Indeed, if anything EU trade policy is moving in the opposite direction, with growing protectionism, and is taking what ODI calls the ‘wrong approach’ to the role of trade in tackling global problems. We are increasingly preventing skilled Indian IT professionals from working in our markets, and we limit India’s ability to sell us services.

‘Trade not aid’ is lazy thinking. There is no reason why we should not do both. We should do more to enable developing countries to grow and trade their way out of poverty. And we should provide aid to help the people of those countries in the meantime. 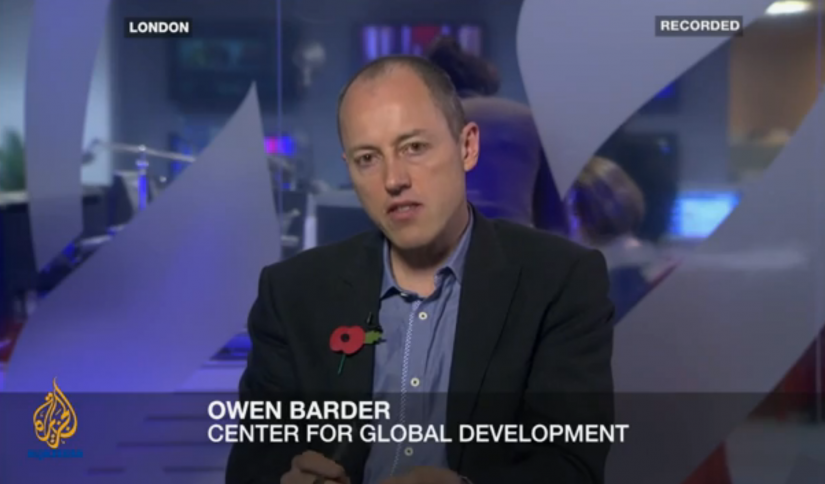 Al Jazeera had a discussion about this on 9 November, with Chetan Sharma, Alex Scrivener and me. You can watch it here:

12 thoughts on “Should Britain give aid to India?”