Is migration really too toxic? 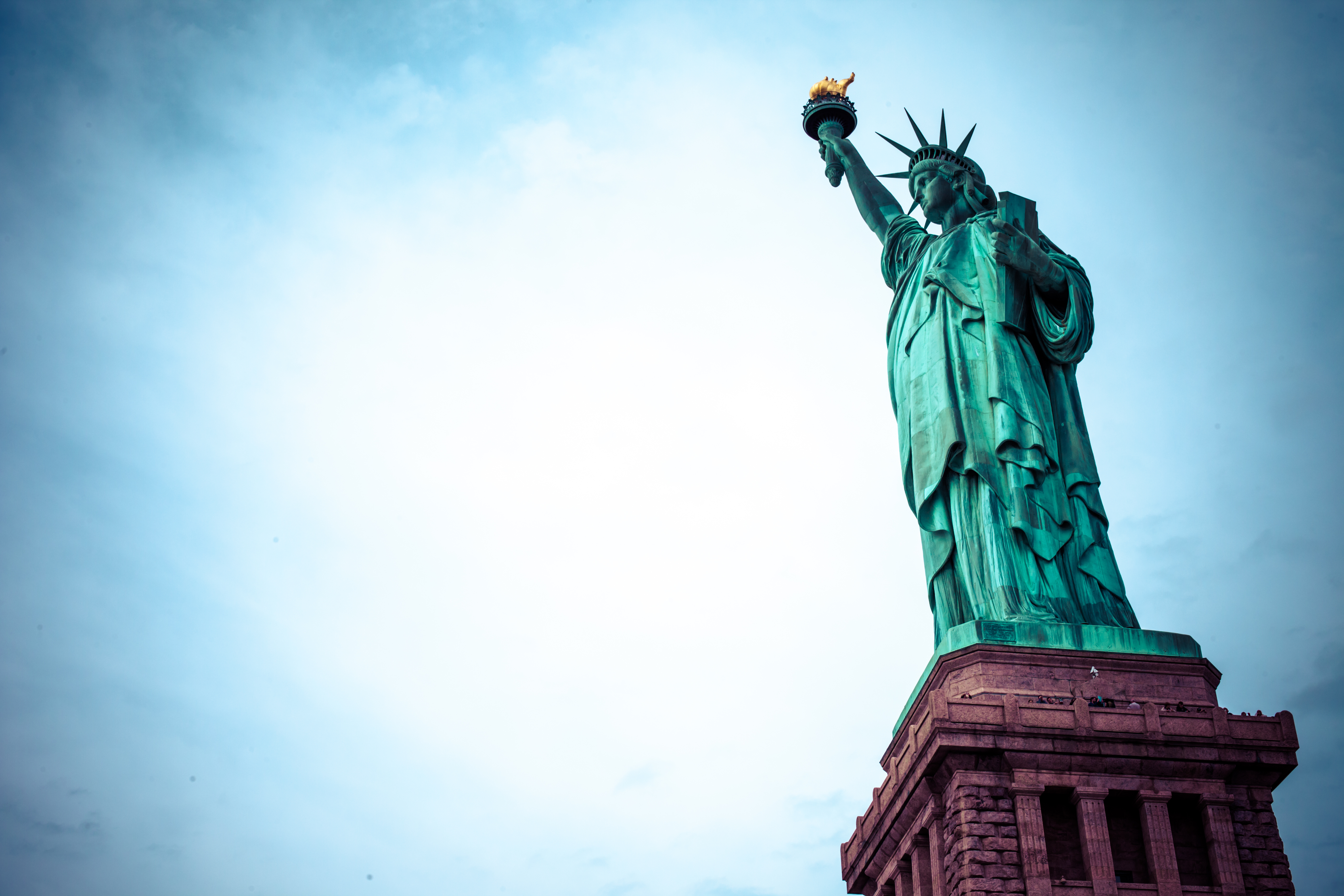 This post was first published on the Center for Global Development Views from the Center blog. It offers four ideas for progress towards a more development-friendly immigration policy in the United Kingdom.

The always-insightful Duncan Green discusses on his blog why migration is a ‘Cinderella issue’ in development, following a talk by Michael Clemens at a lunchtime meeting in London hosted by CGD in Europe and IPPR.

Duncan says part of the problem may be the ‘sedentary prejudice’:

Development organisations cherish a mental image of happy peasants, tilling fields or resting of an evening in a flourishing village with schools, water and the like.

Duncan is clearly right that part of the problem is that migration does not fit our picture of how we want developing countries to be; indeed, the mirage of happy peasants is the source of many unhelpful biases in development policy. This contributes to a general unwillingness to acknowledge the huge benefits for people, and for countries, which come about when people move within and between countries.

But even if we did appreciate the benefits for development of migration, is the whole subject just politically toxic?  There is a widespread misconception (despite evidence to the contrary) that immigration pushes down wages of workers, puts stress on public services and creates unemployment. Development organisations do not appear to be willing to challenge these misapprehensions, nor to promote changes in immigration policy which would benefit development. Are they worried that they are wasting their breath, or are they also concerned that they risk alienating the public by seeming too pro-foreigner, and so losing support for aid and other development efforts?

Paradoxically, because the development community has largely ignored immigration policy, there is low-hanging fruit which has gone unpicked.  At the seminar Michael Clemens presented an excellent example of a policy change he secured in US rules to extend visas to temporary workers from Haiti. Similarly in the UK, modest changes in immigration policies could have huge benefits for the people affected, but are perhaps small enough to be introduced below the radar, without great political risk. There may be scope for measures which do not make much difference to the overall number of immigrants, but which allow a higher proportion of them to come from developing countries. For example, here are four possible initiatives:

a.       The limits on student visas could be relaxed. This is already being considered following lobbying by colleges and universities. The current rules disproportionately hit students from developing countries, even though temporary student visas are not the kind of migration which is most unpopular. The development community could focus on ensuring that the limits should be relaxed in a way which benefits people coming from developing countries (for example, by allowing more visas for secondary education).  A famous study by Spilimbergo provides rigorous evidence that developing countries which send more students to study overseas in democratic countries tend to become more democratic themselves. David Cameron wants to promote the ‘golden thread’ of more democratic, open and accountable institutions: one way that the UK can share these values with the rest of the world is by educating students from those countries.

b.      The points system could be amended to remove discrimination against people from developing countries.  The current points system for Tier 1 migrants to the UK is discriminatory because it measures a person’s skills by looking at their previous earnings, converted to pounds at market exchange rates. So a person from Ethiopia would get fewer points under this system than a person with the same skills who happens to live in Brazil.  If the goal of the points system is to give preference to skilled people this would be better achieved by converting salaries at purchasing power parity instead of market exchange rates. The result would be the same number of migrants into the UK, but they would be more highly skilled (which is the objective of the policy) and a greater proportion of them would come from developing countries.

c.       We could finance training of medical workers in developing countries, and enable them to work in our health systems. Michael Clemens has shown that there is no ‘brain drain’ of medical professionals: on the contrary, the opportunity to work for part of a career abroad encourages more good quality people into those professions in developing countries.  Countries which export a large number of health professionals are no more likely to have domestic shortages of health workers at home, and there is no impact of emigration of medical workers on health outcomes. In the meantime, our own health systems face a crisis as they are unable to recruit enough nurses. But there is no reason why African countries should use their limited to resources to train medical professionals to work in our health systems.  We could use aid to finance training of medical workers in developing countries, including specific training relevant to working abroad (such as language), and then provide opportunities for those doctors and nurses to work in Europe, such as in the NHS. This would benefit the country from which they come, the country where they come to work, and (most of all) the health workers and their families.  Australia, which is not a country renowned for being soft on immigration, does something like this for other types of semi-skilled professionals, through the Australia-Pacific Technical College which is financed by Australian aid to train workers in its poor neighbouring countries (such as Papua New Guinea and Vanuatu) so that they can work in Australia This benefits everyone, and it is made possible by cooperation between the aid agency and the immigration department of a kind which is not evident in European countries.

d.      More controversially: we could provide humanitarian protection to people who are at risk as a result of a natural disaster. We already provide refugee status to people who have a well-founded fear of being persecuted for reasons of race, nationality, political opinion or membership of a particular social group, or whose lives are endangered by armed conflict. We could expand this list of threats to include people who are affected by drought, flood or earthquake (or perhaps a limited number of such people).This would have far bigger benefits for those communities than the modest amounts of emergency aid we provide in the face of natural disasters, and would cost us nothing. The UK could do this, for example, by adding a new category to the Tier 5 temporary worker scheme, similar to the youth mobility scheme but with places for countries which have had a natural disaster on a sufficient scale.

These changes would not only change the lives of the people affected, they would also directly benefit the UK by increasing economic activity and bringing in people who pay more tax than they cost in public services (in contrast to aid, which is a good investment but has a cost). 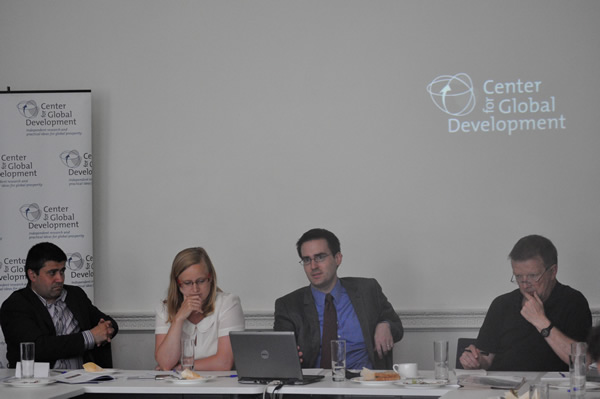 So why doesn’t the UK Department for International Development (DFID) push for these kinds of changes?  DFID used to have a ‘migration team’ in its Policy Division but it has been disbanded. Jonathan Portes, Director of NIESR, told the lunchtime meeting that UK government decision-makers on migration could not give two hoots about the effect on development or the views of DFID. (He should know: he used to be the Chief Economist at the Cabinet Office, and he has worked extensively within the British government on the economics of migration.)  If so, that is a sorry situation. DFID has worked hard, with some success, in recent years to be more closely integrated with the rest of government.  I support more joined up government, including being willing to use the aid programme partly in support of wider government objectives.  But this should not be a one-way street: being more joined up should also mean that other government departments are obliged to consider both how their policies can support (or at least avoid undermining) the government’s development objectives. DFID is supposed to be a development ministry, not just an aid agency, but it seems to be more than ever focused on securing an aid budget of 0.7% of GDP and finding ways to spend it well.

That suggests a different answer to Duncan Green’s question.  Migration is a Cinderella issue in development because there is nobody to speak for the people who are disadvantaged by the current rules.  Domestic civil society organisations which work on migration are mainly focused on the rights of immigrants, not on improving the impact of migration on development or creating opportunities for people in poor countries. DFID is largely in retreat from non-aid issues. The big development NGOs at best speak for their own visions of development, and at worst promote the aid industry of which they are part. As a result, people in developing countries are denied some of the most powerful and inexpensive ways in which they could improve their lives.

Please post your comments at the Center for Global Development Views from the Center blog.