What happened in Busan? 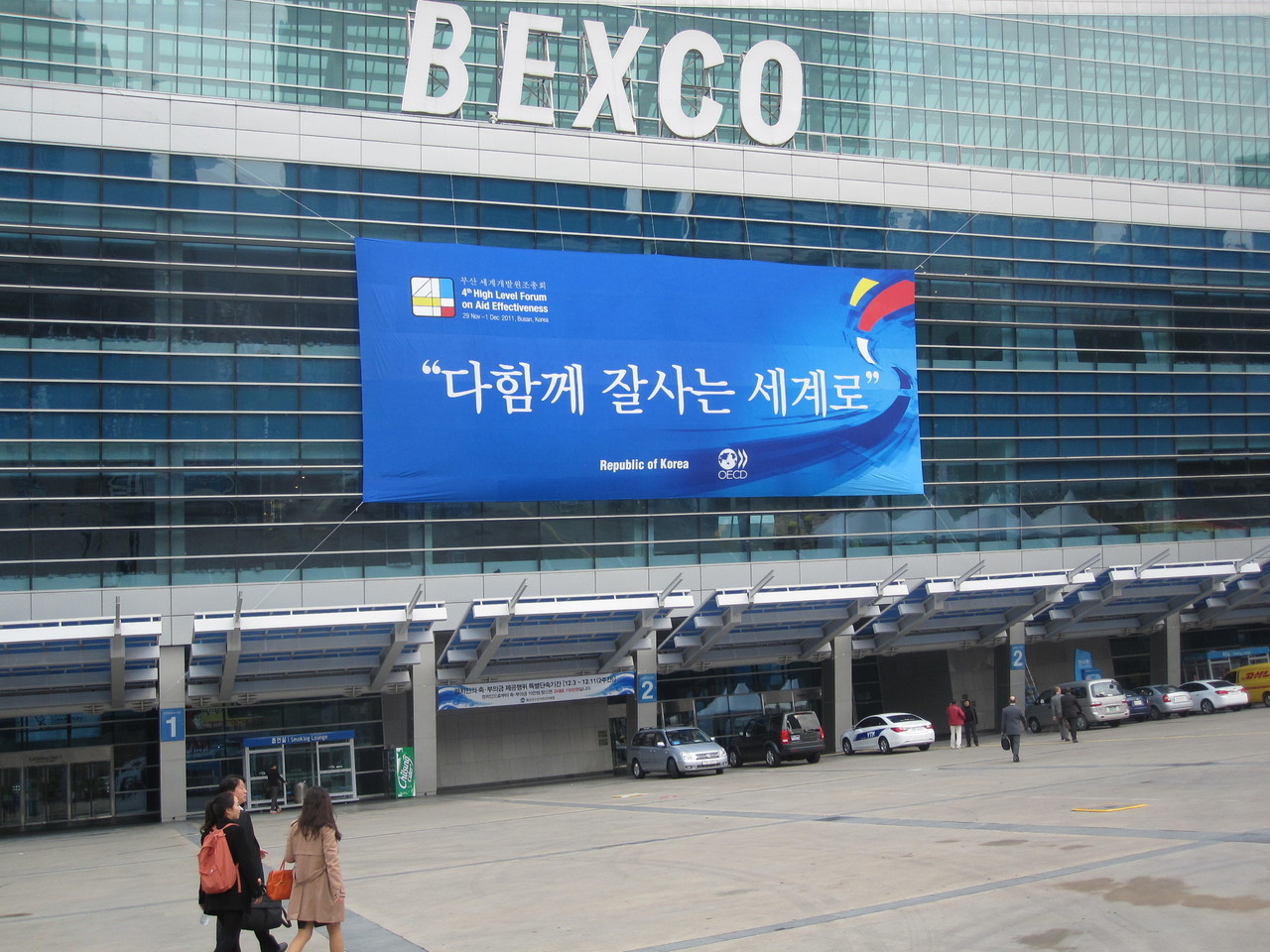 Busan was an expression of new geopolitical realities, but despite high level representation, it has done little to shape the future of development cooperation. I think there were perhaps four important outcomes from Busan, in addition to which I noted five other topics of discussion which may prove important in future.

The southern port city of Busan in South Korea was a fitting host for a meeting on aid effectiveness.  Busan was the port through which humanitarian aid arrived sixty years ago, to help the people of a country ravaged by war.  Korea’s reconstruction and development was financed in part by international aid. Beginning in 1952, American aid alone averaged about $3 billion a year (in today’s prices) and USAID had up to five hundred staff in Korea. Busan is also at one end of the Gyeongbu Expressway, the cornerstone of Korea’s first five year plan and regarded by many Koreans as one of the most important early ingredients the country’s successful industrialization.  When the road linking the country’s main population centres with the port was planned 40 years ago, Korean national income was just $142 a person a year.  The World Bank and other donors refused to finance the construction, regarding it as an excessively grandiose project for a country so poor.  So President Park Chung-hee used a quarter of the nation’s budget, topped up with some reparations from Japan, to pay for it instead. National income quadrupled in the seven years following the construction of the road.

Today Busan is a bustling, prosperous city, home of the fifth largest port in the world; and the Gyeongbu Expressway is scheduled to become part of the Asian Highway, a planned network of routes connecting Korea with Japan, China, Southeast Asia, India, Pakistan, Iran and Turkey.

Korea exemplifies much of what we know about development: the fundamental importance of economic growth and industrialisation; the need for investment in economic infrastructure; the importance of good and effective leaders; the primary role played by the country’s own resources; the additional contribution that aid can make both to improving people’s lives and to investing in development; and the capacity of aid agencies to be wrong, especially in the poverty of their aspirations for developing countries. 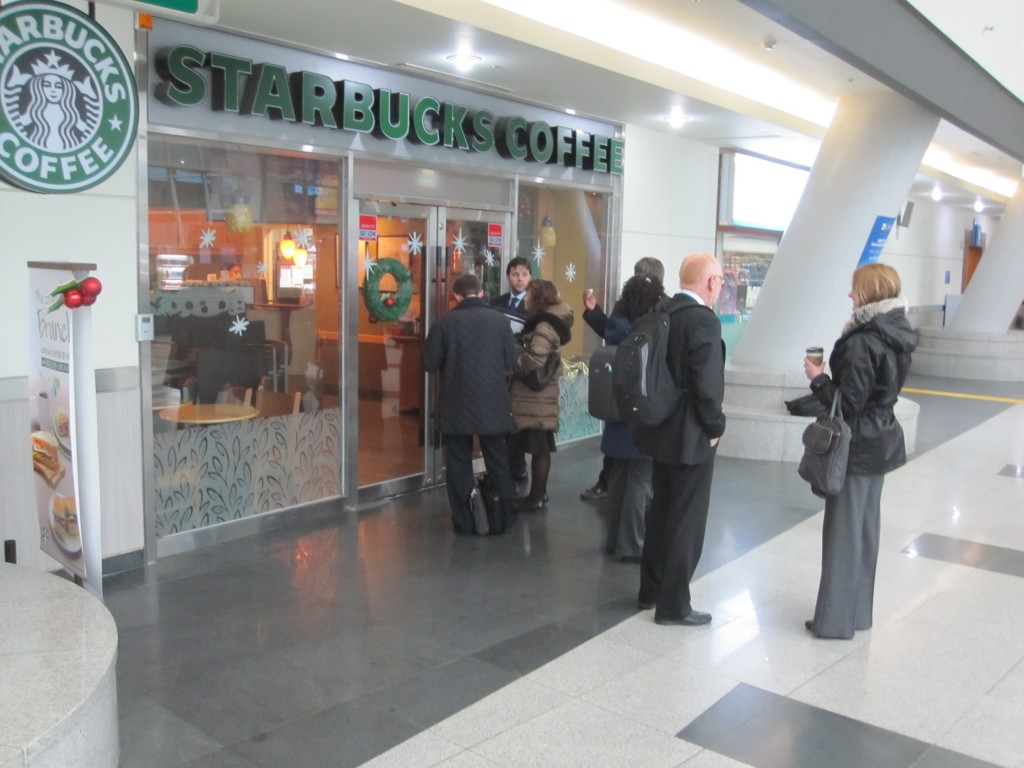 So Busan was a suitable place for about 3000 government officials, policy wonks, NGOs and a smattering of private sector representatives to discuss how the aid system could be made more effective.  This was the fourth in a series of meetings, which have toured Rome (2003), Paris (2005) and Accra (2008).

I’ve been involved in all this since 2002, motivated by my involvement in a series of studies in Ethiopia, Rwanda and Senegal. Though we represented donor agencies ourselves, our report was outspoken in its criticisms of donor behaviour. We found that “the aspiration of a government-led process for implementing the PRS [poverty reduction strategy], with a nationally led process for monitoring, review and renewal of objectives, has yet to be realised. Instead, donors have continued to focus on their own timetables, their missions, their conditions, and have demanded information to suit their requirements.”  Our reports on the experience of developing countries were part of the evidence which led to the Rome Declaration on Harmonisation the following year.  Yet despite the best efforts of many good people, the problems we identified ten years ago are, if anything, even worse today.

Since 2003 these summits have grown in size and attracted increasingly senior representation.  Among the roughly three thousand people in Busan were Ban Ki-moon, Hillary Clinton, Tony Blair, a brace of Presidents, a Prime Minister, and hundreds of ministers and senior officials. If this group did not have the authority to make progress on improving aid, it was difficult to know who would.  Negotiations on the communique began back in July and were concluded with the publication on the last day of the meeting of the “Busan Partnership for Effective Development“.

Now that the dust has settled, and many words have been written, it seems to me that there were four significant outcomes from Busan.

First, the beginning of a new global partnership. This is the result of Busan which the OECD and traditional donors have been most keen to emphasize.  It was not clear right up to the last day whether China, and perhaps other new donors, would be willing to agree to the declaration; and much of the last day was spent refining and agreeing to this key disclaimer which had to be included to persuade China to sign: “The principles, commitments and actions agreed in the outcome document in Busan shall be the reference for South-South partners on a voluntary basis.”  With this disclaimer the new donors are not bound to any particular commitments to improve their aid, but it must be a step forward everyone accepts the need of these new donors to be part of the conversation. Note that there was no need to weaken the specific commitments of traditional donors as a price of China’s agreement, since China was never likely to sign up to these commitments anyway. For example, the October draft would have committed all the donors who had signed the Accra Agenda for Action to “untie all aid by 2015” – this was taken out of the Busan agreement in the final days at the request not of China, who would not have been bound by it, but of the United States.

Second, the new deal for fragile states. A group of 19 fragile and conflict-affected countries, known as the g7+, has been working with donors on how to improve peacebuilding and statebuilding efforts in these situations, beyond the aid effectiveness agenda.   The main idea has been to focus on five themes: legitimate politics, justice, security, economic foundations, and revenues and services. The resulting “New Deal for Engagement in Fragile States” was endorsed at Busan.  For more information see this article by ODI’s Alasdair McKechnie, and this blog entry by Fernanda Faria at ECDPM.

Third, significant progress on transparency.  Since Accra, transparency has shifted from the periphery to the centre of the discourse on aid effectiveness.  Secretary of State Hillary Clinton earned a round of spontaneous applause for her announcement that the United States would be signing the International Aid Transparency Initiative, taking the membership of IATI up to 75 percent of global aid. Donors committed to draw up plans within a year, explaining how by 2015 they will publish electronically full details of all current and planned future aid projects in a common, open standard. Stephanie Majerowicz and I have written elsewhere about the contribution that the Open Government Partnership may have made to this progress. It also owes a great deal to leadership by the UK and Sweden, and the World Bank and EU, as well as civil society organisations Publish What You Fund, Development Gateway and aidinfo.

Fourth, significant changes in the international governance of the aid system.  This may be one of the most important outcomes of Busan, yet it has so far attracted little comment.  The Busan agreement abolishes the Working Party on Aid Effectiveness, which is technically a sub-committee of the OECD DAC but in practice has become a sprawling network of committees and meetings which had come to represent a broader group of stakeholders than the donor club in which it had been incubated. In its place will be a new “Global Partnership for Effective Development Cooperation”, to be supported by the OECD and UNDP. Though it may seem impolite to point this out, this change relegates the DAC back to the role of a caucus of traditional official donors, representing a dwindling proportion of aid, in defiance of its aspirations to lead reforms of the global governance of development cooperation. Even more significantly, Busan turns its back on the requirement of unanimity which has underpinned agreements on the aid system for the last 50 years. The DAC makes decisions by consensus, giving all its members a veto so that it moves only at the speed of the slowest ship in the convoy.  But that is not how Busan envisages progress in future.  The implementation of Busan will take place through a series of ‘building blocks‘ which are described as “voluntary, practical and actionable game-changers in the global dialogue on aid and development effectiveness.”  This model was apparently conceived in in the light of the experience of work on transparency – the issue on which most progress has been made since Accra – which was taken forward by a coalition of the willing in the form of the International Aid Transparency Initiative. Stepping outside the DAC structures enabled a group of donors, foundations and civil society to work together without the constraint of an implicit veto of reluctant partners.  Busan marks a shift in the global governance of development cooperation from consensus in the DAC to the ‘variable geometry’ of building blocks. The declaration highlights  the “opportunities presented by diverse approaches to development cooperation”.  There are new commitments for all donors on transparency, and the declaration calls for “a selective and relevant set of indicators and targets through which we will monitor progress”. (It is hard to see how these targets will be agreed in the coming months given that no consensus could be reached in the run-up to Busan.)  But beyond exposing their behaviour to public scrutiny, there is little else to which donors have specifically committed.  This evolution of the architecture for the global governance of development cooperation towards progress by more flexible coalitions of the willing has obvious parallels with the direction in which the global governance of climate change is also moving.

In addition to these four outcomes on which progress was made, I noted five other themes being discussed in Busan which were not translated into significant progress, but which may be issues to watch for the future. These were:

I’m glad to see more people taking development effectiveness seriously, and impressed that the UN General Secretary and US Secretary of State felt it worth their while to attend.   I also agree that it is important to build broader coalitions, and to think strategically about development and not just aid.  But I also regret that, as a consequence, these meetings are gradually losing the focus on more technical issues about how aid is delivered.  In 2003, the signatories to the Rome Declaration committed themselves to amend their “individual institutions’ and countries’ policies, procedures and practices to facilitate harmonisation”.  Yet in 2011 in Busan, the President of Rwanda, Paul Kagame, gave a masterclass in aid effectiveness, in which he observed

Developing countries spend more time and energy agreeing on procedures and accounting to donors and an ever-increasing number of related non-state actors than in actual development work, often responding to endless questioning that no answers can fully satisfy.

As Busan has shifted the discussion away from the nuts and bolts of how aid is delivered, and pushed much of the specific discussion of aid effectiveness to country level, it is not clear to me that there is any place left to address the concerns about donor agency policies which President Kagame so eloquently expressed.

Busan has been an expression of shifting geopolitical realities  By Jonathan Glennie (ODI / Guardian), December 2, 2011

Beyond Aid to Open Development By Alan Hudson (ONE), December 6, 2011

Busan: Why Aid Effectiveness Matters By Jessica Espey (Save the Children), December 1, 2011

Verdict still out on whether Busan is a good deal for poor countries By Oxfam, December 1, 2011

A killing embrace of diversity By Reinier van Hoffen, December 6, 2011

14 thoughts on “What happened in Busan?”