The Daisy Cutter and the Downfall of Charles Kennedy 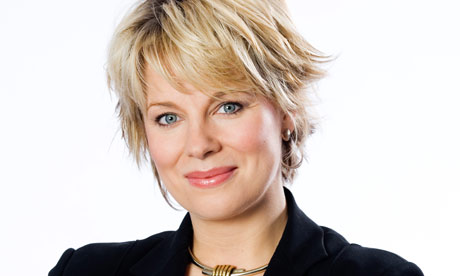 I thought Charles Kennedy’s statement yesterday was brave and dignified.  I am not going to comment on that.  Instead I want to reflect on the role of Daisy McAndrew in all this.

Mr Kennedy’s statement was triggered by the intelligence that ITV News chief political reporter, Daisy McAndrew, planned to report the story on the ITV evening news.

So who is Daisy McAndrew?  In the 1990s, as Daisy Sampson, she was a freelance journalist, scraping a living by hanging around the House of Commons doing tedious profiles for the (unreadable) House Magazine.

Her big break came in November 1999, when she became Press Secretary to none other than  Charles Kennedy.  In a gushing piece of self-praise, her (self authored) profile on the BBC website says:

Kennedy was widely credited as having by far the best campaign of the 2001 General Election – in no small part down to Daisy’s handling of his press and image.

Since the 2001 Election, Ms McAndrew has risen fairly rapidly, though without distinction, first co-presenting The Daily Politics with Andrew Neil (is it possible that Mr Neil chooses his co-hosts on the basis of something other than the size of their intelligence?) and then presenting the LBC evening radio programme.

At ITN, Ms McAndrew’s reporting has been pedestrian at best, and she has not broken any major stories. Her editors must have been beginning to wonder why they had appointed her.  Her ‘scoop’ yesterday, reporting the worst-kept secret in Westminster – may have lifted her reputation in the news industry.

I hope it does not.  This is not journalism, it is betrayal of confidence of a former employer.  In my view, there is little or no public interest in reporting the details of Mr Kennedy’s private medical condition. But even if there were, it was not the story that Ms McAndrew should have broken. Ms McAndrew owes a duty of confidentiality to Mr Kennedy, with whom she worked closely at a personal level.  Her career in journalism was given a significant boost by her two years working as his Press Secretary – indeed, if it were not for him, she would probably still be labouring over profiles in the House Magazine.  Now she has decided to give her career a further lift by spilling the beans on the man who gave her her first real break and whose trust she has now betrayed.