Most intelligent people who are not royalists also do not spend much time worrying about the monarchy. On the whole, we reckon that this is not the system that we would have chosen, but there is little to be gained by trying to change it.  But the British monarchy is more than an interesting quirk of history. Quite apart from (important) philosophical issues about legitimacy and rights, here are six practical ways in which the continued existence of monarchy harms our politics, society and economy which are, in my view, sufficient to cause us to be more active in seeking an alternative.

1. Royal prerogative gives extensive, unaccountable power to the executive.
The government of the day, especially the Prime Minister, exercises enormous patronage and exercises considerable power, all in the name of royal prerogative. These powers enable the executive to appoint and dismiss ministers,  [UPDATE: this prerogative was abolished by section 3(2) of the Fixed Term Parliaments Act 2011], grant clemency and pardons, award honours, declare war, declare a state of emergency, sign treaties, issue passports, deport foreign nationals, create universities, designate cities, and to make thousands of appointments. All these powers are exercised with no legislative oversight or control. In the absence of a monarchy, the legitimate authority for these decisions would reside in Parliament, which could choose whether and how to delegate decisions to the executive, and how the executive would be held to account for the exercise of those powers. This alone, in my view, is sufficient reason to want to abolish the monarchy.

2. The monarchy has real political power to appoint and dismiss the Prime Minister.
In the event of an election which does not produce a decisive result (the likelihood of which is increased by the possibility of electoral reform) the monarch has real powers to decide who should form a government. The present monarch, Queen Elizabeth, has been actively involved in determining the appointment of Prime Ministers in 1957, 1963 and 1974.  Furthermore, there is precedent for the dismissal of a Prime Minister with an absolute majority: one of my first political memories is the dismissal of Australian Prime Minister, Gough Whitlam, by the Governor General of Australia (the representative of the Queen) despite having a clear electoral majority of the lower House. Many Australians believed that they lived in a country in which the outcome of an election determined who would form a government, and were startled to find that the (written) Australian constitution makes no mention of political parties, the Cabinet or of the position of Prime Minister, all of which turned out to be no more than “conventions” by which the Australian Westminster-style democracy operates, just as they are in the UK.

3. The monarchy interferes in our day-to-day political life.
Aside from the power to arbitrate the result of an unclear election, the monarchy (and indeed the wider Royal family) exercises real political power.  Civil servants produce regular briefings on domestic and foreign policy for the Queen and other royals. The Prime Minister has a weekly meeting with the Queen to discuss current policy issues (NB in a telling piece of Palace jargon, this is an audience of the Queen, not with the Queen), and Government Departments regularly receive requests for briefings on specific issues from the Queen and other senior royals.  The royals are not getting all these briefings – over and above what they can read in the newspapers – out of idle curiousity. They see it is as their legitimate role to influence government policy (as Bagehot said, ‘the right to be consulted, the right to encourage, the right to warn’).  It is no secret Prince Charles and his staff have had protracted discussions with civil servants and ministers on policy issues such as environment, architecture, nanotechnology andagriculture.

As well as interfering privately with the deliberations and decisions of Ministers and senior officials (not for nothing are they technically ‘Ministers of the Crown’ and ‘Crown Servants’), the Royal family uses its access to the media to influence political debates – for example, the Palace recently let it be known that the Queen was concerned about the proposed new EU Constitution.

4. The monarchy perpetuates the class system and undermines the proper recognition of merit.
There is not much wrong with Britain that isn’t the fault, one way or another, of the class system. At the apex of the system is our hereditary Head of State, Governor of the Church of England, Commander in Chief of the Armed Forces and head of the Judiciary (all one person!).  Until we turn our back on hereditary power at the top of our political, military and religious institutions, we have little chance of shaking off the mentality of a society defined by class.  Growing up in Britain, every child (but one) knows that they could never become Head of State, simply by virtue of being born to the wrong family.

The Royal Family buttress their position with unearned symbols of achievement. They accept posts as Chancellors of universities, debasing the currency of academic merit. They appoint themselves to top military ranks and medals that they have not earned,belittling the work of true military professionals and the memory of those whomade genuine sacrifices. They allow themselves to be nominated as patrons of charities, degrading the efforts of those who make genuine contributions and have real expertise.

5. The monarchy undermines our reputation abroad and is bad for business (even tourism).
The antics of our royal family certainly evoke an amused interest among foreigners.  But the pomp and pageantry of Royalty project Britain as a theme park of Beefeaters, castles and soldiers in bearskins. In short, most foreigners see our royals as we see the King of Swaziland.  This is a public relations disaster for our (economically important) efforts to project Britain as a modern democracy, with commercial strengths in modern sectors such as financial services, biotech and new technologies. The Royal Family does not convey the brand that our high-tech exporters want to project.  If we want young people from around the world to come to our universities, or international investors to put their money into our businesses, we need to offer more than a quaint history. It is sometimes argued that royalty is good for tourism: but France has been a republic for over 130 years and attracts three times as many foreign tourists as Britain. The Palace of Versailles, which is the biggest tourist attraction in Europe, has more visitors than Windsor Castle and Buckingham Palace combined, in part because it is fully open to the public, all year round.  The British nation’s royal art collectionsand memorabilia, currently hidden from us by the monarchy, could behoused in galleries that would be a huge boost to tourism, both from within the UK and from abroad.

6. The monarchy makes it impossible to separate Church and State
One reason why we still have an established church in England, which discriminates in favour of one religion above all others, is the difficulty of disconnecting the two while the Queen is Head of both Church and State.  This is a piece of religious discrimination which is a dangerous anachronism in a multi-cultural, mainly secular society. 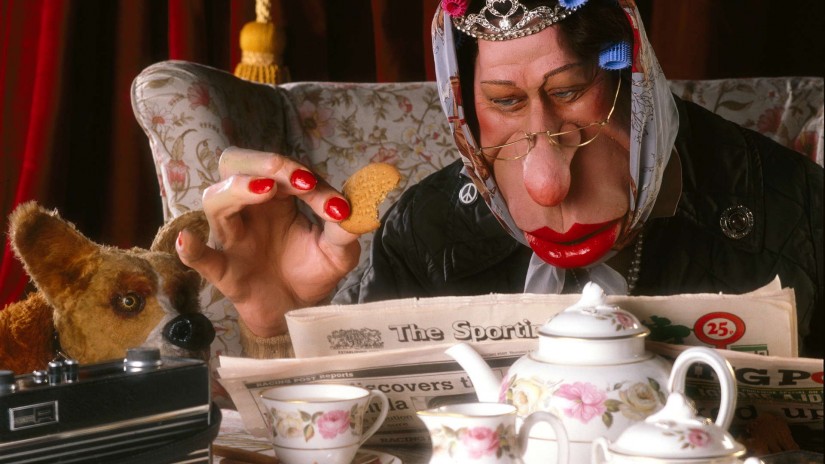 In principle it is possible to imagine reforms which retain a monarchy but which avoid many of the harms described here.  For example, we could disestablish the Church of England; or Parliament could take stronger powers to override the royal prerogative.  But while we have a monarchy, especially one with substantial political influence, it is hard to see how such changes would be achieved, or why we would want to keep the trappings of monarchy if we were able to reform these institutions  It is hard to imagine our royalty evolving into a Scandinavian-style monarchy presiding over a genuinely classless society.

For as long as we are subjects, not citizens, of our country, our political and social attitudes will retain a mediaevel flavour which is harmful to our image of ourselves and the attitude of others towards us.

Of course, there are more important issues than the continued existence of monarchy: but that does not mean that it is irrelevant.  Those of us who care about the character of our politics and society should consider moving beyond indifference to monarchy; we should instead actively call for it to be replaced with a modern, democratic alternative.

Leave a Reply to michael the tubthumper Cancel reply