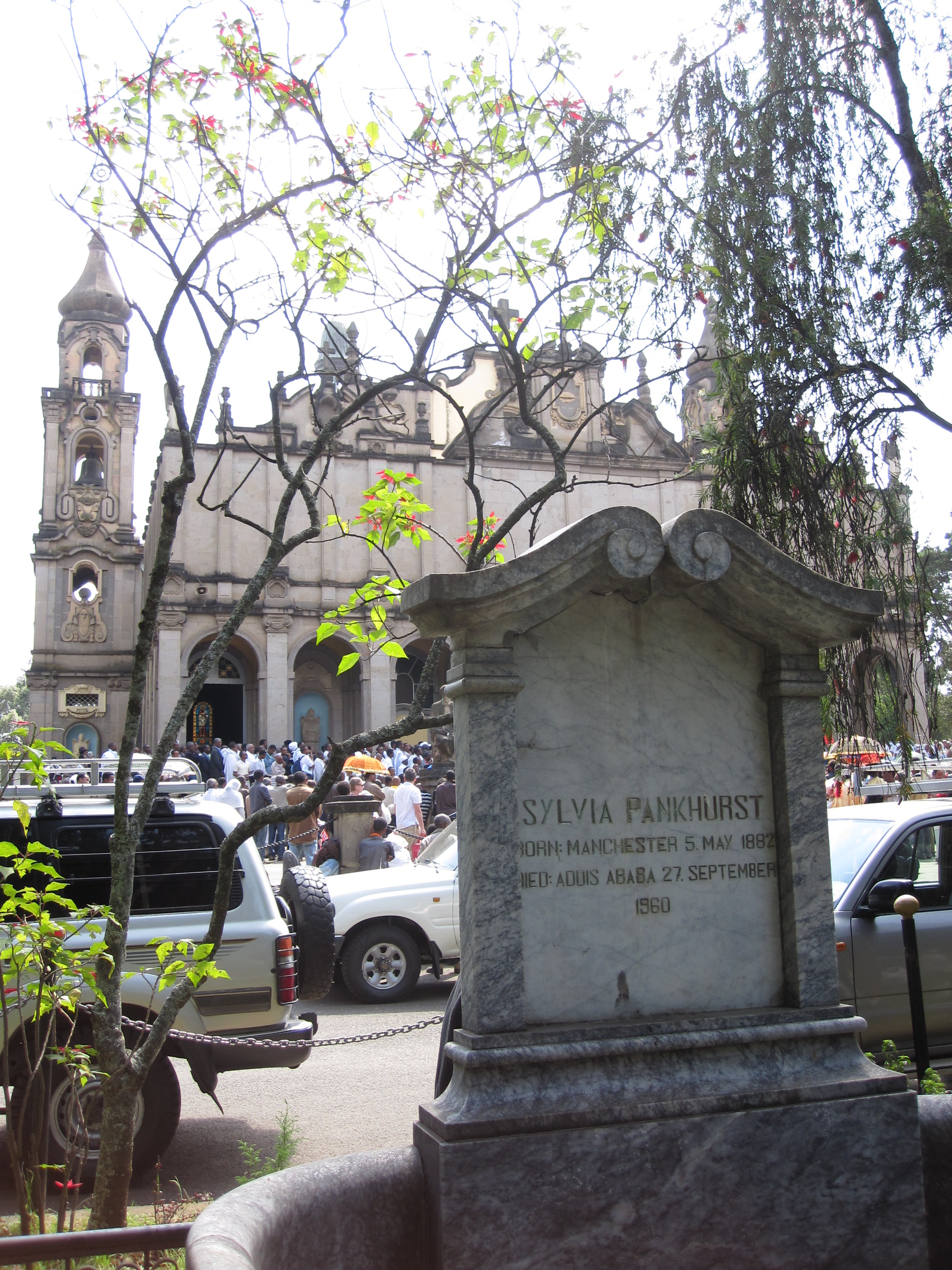 There was a memorial service this morning for Sylvia Pankhurst at the Holy Trinity cathedral (or Haile Selassie cathedral) in Addis Ababa, presided over by the patriarch of the Ethiopian Orthodox Church. 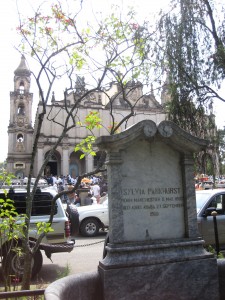 The Pankhurst name is familiar in Britain because of leading role of the family in the suffragette movement which campaigned for women to the United Kingdom. Along with her mother, Emmeline Pankhurst, and her sister Christabel, Sylvia Pankhurst worked before the first world war as a full time campaigner for votes for women.

Sylvia Pankhurst’s connection with Ethiopia began when she campaigned against the Italian invasion of Abyssinia in 1935.   She went to Geneva to appeal – in vain – for the League of Nations to take action against an act of agression. She wrote numerous letters both to the Government and to the newspapers to draw attention to the plight of Abyssinia under Italian rule. (The Daily Mail, of course, was an enthusiastic supporter of the fascist occupation.)

In May 1936 she founded the New Times and Ethiopia News, on the same day that the Italians, under the command of Pietro Badoglio, marched into Addis Ababa.  The paper campaigned – also in vain – for the League of Nations to impose economic sanctions on Italy, and for Britain to step up aid to Ethiopia. (Instead , the British and French governments shamefully allowed the Italians to use the Suez canal, which Britain and France controlled, to supply their troops in Ethiopia.)  By the end of the year, the weekly paper had a circulation of 40, 000, and she continued to publish it for 20 years. 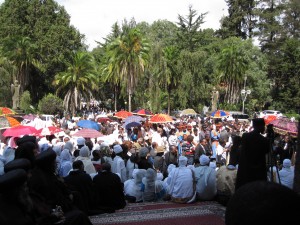 The crowd for the Sylvia Pankhurst memorial service

In 1956, Sylvia Pankhurst moved to Addis Ababa at Haile Selassie’s invitation, where at the age of 74 she founded a monthly journal, Ethiopia Observer, for which she travelled around the country reporting on many different aspects of Ethiopia life.  She died four years later, in September 1960, and was given a full state funeral at which Haile Selassie named her ‘an honorary Ethiopian’.  She is the only foreigner buried in the space at the front of Holy Trinity Cathedral in the area reserved for patriots of the Italian war.

Richard Pankhurst, Sylvia’s son, moved to Ethiopia with her in 1956 and lives here still. He is a very well known historian specialising in the history of Ethiopia. 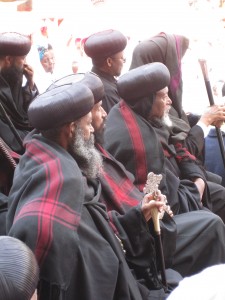 Priests at the service for Sylvia Pankhurst

Richard Pankhurst wrote a tribute to his mother, which was read out on his behalf this morning, by his wife Rita Pankhurst, herself a notable academic and campaigner.  (I didn’t gather why Richard was not able to deliver this himself.) Alula Pankhurst, Sylvia’s grandson, a social anthropologist who lives in Ethiopia, made a speech about her in Amharic.

As you’ll see from the photos, there was a large crowd at the memorial service.  As well as the patriarch of the Ethiopian Orthodox church, there were a substantial number of clergy, Ethiopian and foreign dignitaries, and large numbers of ordinary Ethiopians there to pay their respects to the British woman who had done so much to stand up for the freedom of their country.

3 thoughts on “Fifty years since the death of Sylvia Pankhurst, Ethiopians pay tribute”