Why don’t we tackle diseases of the poor? 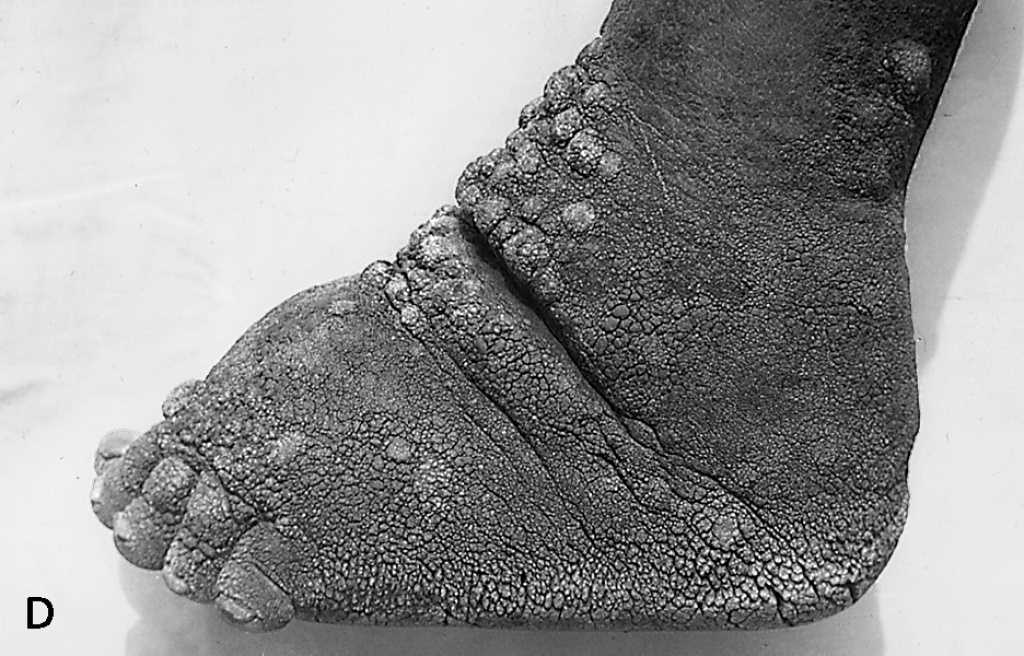 Walking home today after having lunch in a nearby cafe, I was asked for money by a middle aged man suffering from podoconiosis, sometimes called Mossy Foot. 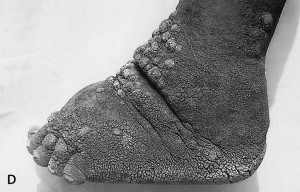 The foot of a person suffering from podoconiosis

I bet you are thinking: podo-what?

Podoconiosis is a disease of people who work barefoot, particularly on red clay soil in the neighborhood of volcanoes, especially at altitude. Tiny micro particles of silica from the volcanic soil penetrate the skin and inflame the lymphatic system. (As a layperson, I think of podoconiosis being to feet what asbestosis is to lungs.)

It is a disease of poverty: it can be completely prevented by wearing shoes, and by providing basic information to the people who are at risk from it.

We could eradicate this disease altogether. It would not be very expensive, and it doesn’t require new medical technologies.  So why don’t we? The problem seems to be that the people who suffer from this disease are poor and marginalised.  There are powerful AIDS lobbies in industrialised countries ensuring that we spend billions of dollars on antiretroviral therapy for people with HIV.  But almost nobody is working to highlight the plight of people suffering from podoconiosis and ensuring that we put in the modest resources needed to bring it to an end.

A British academic, Gail Davey, now working in Brighton but formerly living here in Ethiopia, is an exception to this.  She is working to get the disease recognised, as step towards getting the disease tackled and eventually eradicated.  You can read more about podoconiosis, and the work that Gail does,  in a recent article on Humanosphere. Humanosphere is an interesting new blog by Tom Paulson, a journalist based in Seattle, about global health and poverty, and it is well worth including in your regular reading.

8 thoughts on “Why don’t we tackle diseases of the poor?”