Another reason to love America 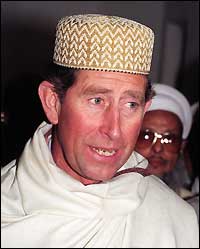 The TV commentators here in the US are distinctly underwhelmed by the visit of the Prince and Princess of Wales; they are not just bored, they are mocking the British.  Maybe, as Christine Odone claims (via Tim) it is because a second marriage to your long-time mistress is less romantic than marrying a glamorous airhead. But what I’ve heard suggests a more fundamental distaste for the idea and practice of monarchy. The criticisms I’ve heard on the box in the last 24 hours include:

All of which, it seems to me, are fair points; and they demonstrate that America’s deep-rooted commitment to democracy is alive and kicking.

(As an aside: when we have to carry identity cards, will Camilla’s include her real legal title – Princess of Wales – or the pseudonym she uses – Duchess of Cornwall?  Are we allowed to put fake names on our id card?)

5 thoughts on “Another reason to love America”