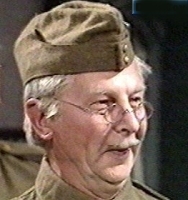 As Corporal Jones used to say in Dad’s Army, "they don’t like it up ’em".

Who are we talking about now?

Companies.  You know, rich people.  The sort that read Forbes.  Very upset, they are. About bloggers.  Yep, us. We, the people, have the temerity to stand up to corporate power.

Daniel Lyons has a preposterous article in Forbes (free registration) which whines a lot, in that annoying way that you see in movies when the tough guy is suddenly very afraid and pleads for his life. Apparently, bloggers sometimes criticise brands:

Blogs started a few years ago as a simple way for people to keep online diaries. Suddenly they are the ultimate vehicle for brand-bashing, personal attacks, political extremism and smear campaigns. It’s not easy to fight back: Often a bashing victim can’t even figure out who his attacker is. No target is too mighty, or too obscure, for this new and virulent strain of oratory. Microsoft has been hammered by bloggers; so have CBS, CNN and ABC News, two research boutiques that criticized IBM’s Notes software, the maker of Kryptonite bike locks, a Virginia congressman outed as a homosexual and dozens of other victims–even a right-wing blogger who dared defend a blog-mob scapegoat.

You can see his point, can’t you? What’s the point of being disgustingly rich if you can’t control the media, eh?

Call me cynical, but I haven’t noticed UK PLC or Corporate America sticking to "dry treatises" in their massive advertising campaigns to coax us to buy their products.  Nothing wrong in sexy blood sports when Mr Murdoch or Mr Forbes owns the channel.  Media sharks circling their victims when they smell blood: that’s what the punters want, right?  But what if the lunatics take over the asylum? What indeed.

No wonder companies now live in fear of blogs. "A blogger can go out and make any statement about anybody, and you can’t control it. That’s a difficult thing," says Steven Down, general manager of bike lock maker Kryptonite, owned by Ingersoll-Rand and based in Canton,Mass.

People can make statements and ‘you can’t control it’. You mean – citizens being able to express themselves to other citizens without rich people getting to decide who will be heard?  Blimey.  No more "Permission to speak, sir?".  Pass the port, Henry, we’re really screwed now.

Even mighty Microsoft, for all its billions, dares not defy the blogosphere. In April gay bloggers attacked Microsoft over its failure to support a gay-rights bill in Washington State (the company is based near Seattle). "Dear Microsoft, You messed with the wrong faggots,"wrote John Aravosis, publisher of AmericaBlog, which threatened to oppose Microsoft’s plans for a big campus expansion unless the company caved in. Microsoft reversed itself two weeks later, saying it supports gay-rights legislation after all.

A touching story: I’m missing the part where this is bad.  Perhaps if I were a billionaire businessman I would understand what was wrong with ordinary people putting pressure on Microsoft to act as a good local corporate citizen.

Lyons has some advice for businesses who come under fire from the bloggers: play dirty. Here is what he recommends:

BASH BACK. If you get attacked, dig up dirt on your assailant and feed it to sympathetic bloggers. Discredit him.

ATTACK THE HOST. Find some copyrighted text that a blogger has lifted from your Web site and threaten to sue his Internet service provider under the Digital Millennium Copyright Act. That may prompt the ISP to shut him down. Or threaten to drag the host into a defamation suit against the blogger. The host isn’t liable but may skip the hassle and cut off the blogger’s access anyway. Also:Subpoena the host company, demanding the blogger’s name or Internet address.

SUE THE BLOGGER. If all else fails, you can sue your attacker for defamation, at the risk of getting mocked. You will have to chase him for years to collect damages. Settle for a court order forcing him to take down his material.

That doesn’t sound like good advice to me. That is a recipe for a company doing itself serious harm. In fact, it reminds me of another of Corporal Jones’s famous remarks, invariably uttered as he ran around like a headless chicken: "Don’t panic! Don’t panic!"

I suppose I knew that the rich and powerful would fear the day when ordinary people are able to speak the truth and have access to information that is not mediated by the control of, er, the rich and powerful.  But I didn’t expect them to be quite so open about the danger this presents to them.