Family planning in Ethiopia and the new UN strategy 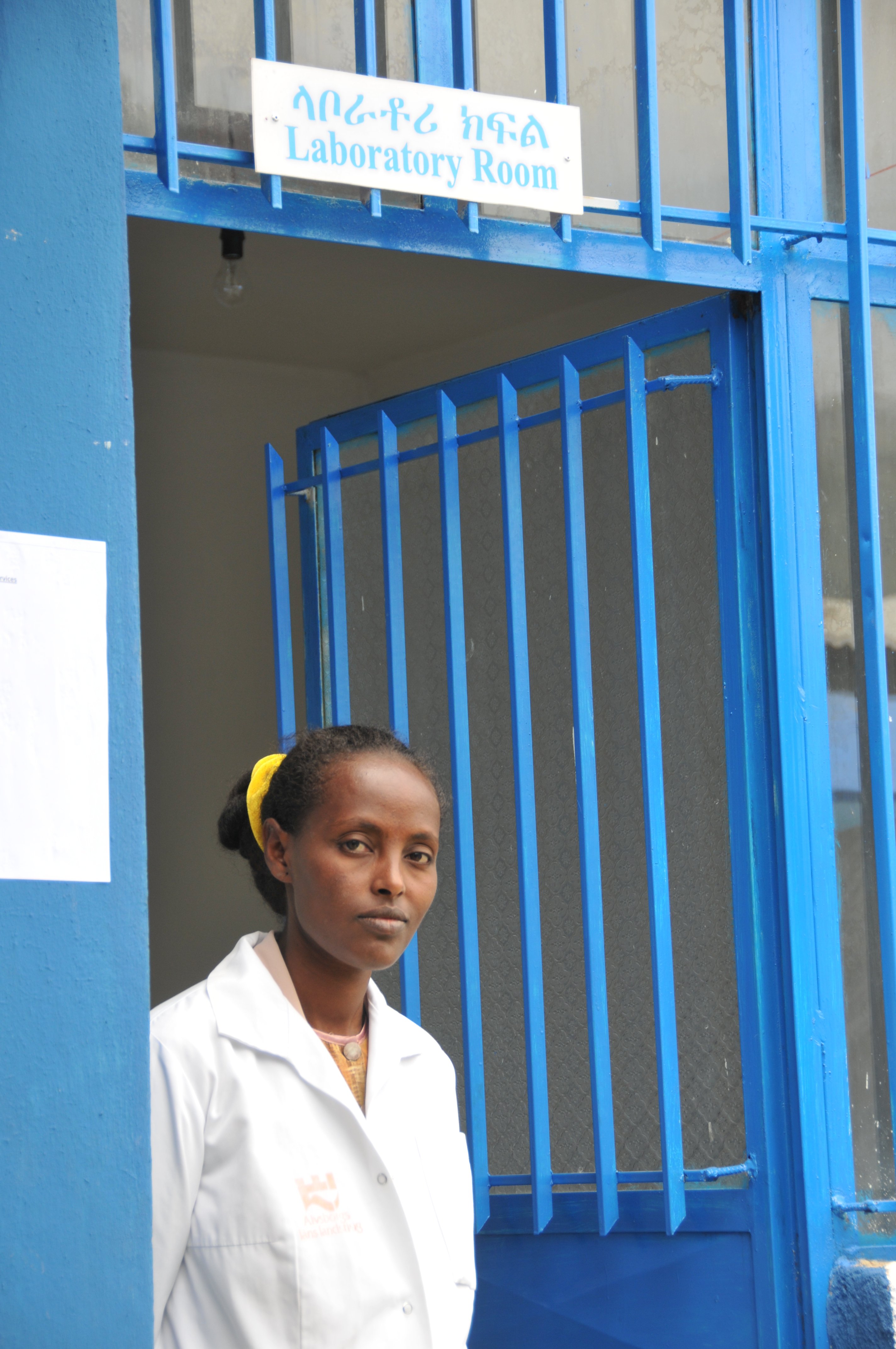 This week I attended the inauguration of a new Marie Stopes family planning clinic in Woldia in northern Ethiopia. Together with yesterdays announcement by the UN of a new “Global Strategy for Women’s and Children’s Health”, Every Woman, Every Child, this has led me to reflect on the importance of family planning and maternal health in Ethiopia and in other developing countries. (Disclosure: my partner works for Marie Stopes International.) 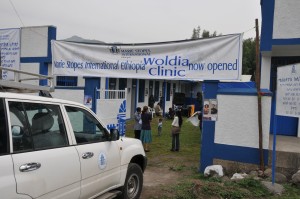 Access to family planning and safe abortion is an important challenge in Ethiopia. With better primary health care and childhood immunization, infant mortality is falling, so families increasingly want to limit the number of children they have.   The shift to smaller family sizes is a hugely important driver of development, known as the demographic transition.  When a family has two or three children, all of whom are likely to survive, they are able to invest in the children’s nutrition, health and education, in a way that is impossible for most families with nine or ten children.  This investment in each person then leads to higher incomes and better standards of living.

The desire to have smaller families is driven by a combination of rising incomes, improved life expectancy, lower infant mortality, better education and increased savings, as well as changing cultural and social norms. It is not clear whether it is possible to influence from the outside the rising demand for smaller families, and I personally have reservations about whether we should attempt to do so.  But in Ethiopia, people want smaller families yet cannot access the services they need to achieve this.

Today Ethiopia and Germany have roughly the same number of people (around 82 million).  But unless something changes, by 2050 Ethiopia is projected to more than double its population to 174 million, while over the same period Germany’s population is likely to decline to 72 million. The cause is simple: Ethiopia’s total fertility rate of 5.4 is four times greater than Germany’s rate of 1.3.

According to the Guttmacher Institute Ethiopia’s average family size is slowly declining, from 6.4 children per woman in 1990, to 5.9 in 2000, to 5.4 in 2005. Yet this fertility rate is still much higher than the average of four children per woman that people actually want to have. Many Ethiopian families want to reduce the number of children they have, but do not have access to the basic family planning services they need to do so. The study finds that 68% of sexually active women in Ethiopia have unmet need for contraception. 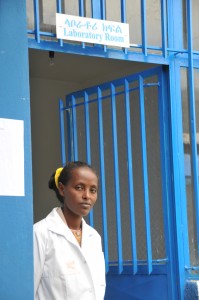 The Guttmacher Institute estimates that would it cost about $180 million a year to provide modern contraception to every Ethiopian woman who wants it (that’s the all in cost, including supplies, logistics, systems, and training).  They estimate that there would be direct savings to the health service as a consequence of reduced pregnancies and unsafe abortions which would more than cover the costs.

And the results would be striking. If every woman who wanted to use family planning had access to modern contraception, each year in Ethiopia there would be 1 million fewer unwanted pregnancies, 340 thousand fewer abortions (a reduction of more than 80%), 130,000 fewer infant deaths and 6,500 fewer women dying in childbirth.

These benefits for individuals and families are compelling enough.  But there would also be substantial benefits for the economy as a whole.  As a rule of thumb a reduction in fertility of one child per family increases annual per capita GDP growth by a quarter of a per cent a year.  Hence if Ethiopian women could achieve the reduction in family size they currently want, from 5.4 to 4.0, this would increase growth of GDP per capita by approximately 0.35% a year.  Over a decade of sustained access to contraception, the effect would be higher incomes worth approximately the same as a 60% increase in today’s level of foreign aid.  And because population growth would be slower, it would achieve the rare double benefit of increasing standards of living while reducing the pressure on natural resources and the environment.

The economic effect of access to family planning could be even greater because it enables a virtuous circle which plays an important part in the development process.  As incomes rise, and education and health improve, families tend to want fewer children.  For example, in Ethiopia over the next decade incomes per head may rise by more than 50%, which is likely to lead to a further fall in the number of children that Ethiopians want to have.  But to meet this desire for smaller families, people need access to family planning.   By setting off a virtuous circle of rising income per capita, lower desired family size, greater use of contraception, lower numbers of children, and so rising income per capita, a decade of access to modern family planning could have roughly the same effect on incomes in Ethiopia as the entire international aid programme does today.

As well as family planning, Marie Stopes also provides access to safe abortions under the provisions of the Ethiopian law. Ethiopia has one of the highest rates of maternal deaths in the world and about a third of these deaths are the result of an unsafe, back-street abortions.  This means that about twenty Ethiopian women will die in agony today as a result of lack of access to a safe abortion; and twenty more will die tomorrow, and every day until women have the services they need.  Despite being a very religious society, there is almost no political or opposition to abortion here, perhaps because almost everybody has had a family member, or knows somebody close to them, who has died of an unsafe abortion.

Some aid agencies who profess to care about reducing maternal mortality remain studiously silent about this avoidable slaughter. It is alarming that in yesterday’s UN  strategy, Every Woman, Every Child, abortion is mentioned by none of the donors, NGOs or business organisations, and among developing countries only by Cambodia and Zambia. If we don’t provide access to safe abortions, we cannot credibly say we are making a commitment to “every woman, every child”.  To its credit, the new UK government has said that it will focus on family planning and reducing maternal deaths, and it has launched a public consultation about how to achieve its goal of doubling the number of maternal and infant lives saved.  And it is heartening to see that they explicitly talksabout the need to address unsafe abortion as part of this strategy. 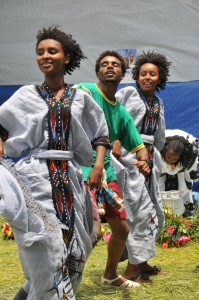 The manager of the Marie Stopes clinic in Dessie told me some distressing stories about the women that go to the Dessie clinic for an abortion.  Some of the most difficult cases are women working as maids in other people’s houses, who have been raped by their employer. By the time they have saved up enough to afford an abortion, it is often too late in their pregnancy.

Which brings us back to opening this week of the new Marie Stopes clinic  in Woldia.  This hillside market town expanded rapidly in the 1980s after the completion of the “China Road” west to Lalibela and Bahir Dar, which meets the road between Dessie and Korem at Woldia. (This is a useful reminder that Chinese involvement in infrastructure in Africa is not an entirely new phenomenon).  Woldia is still growing rapidly, and today resembles a huge construction site.  It is a key transport junction and truck stop, and there is a lot of demand for sexual and reproductive health services.  Woldia has a hospital and a health centre, but until this week many women had to go to Dessie (about 3 hours by road) to get access to family planning and safe abortions.

Marie Stopes works closly with the government, complementing the government’s own provision of health services (as it does in the UK, where Marie Stopes provides about a third of the abortions performed on the National Health Service.)  Many of the town’s key government officials came for the opening of the new clinic, and the ribbon was cut by Ato Shemeles Belachew, the administrator of North Wollo Zone, a region of 1.6 million people.

It is trite to say that the new Marie Stopes clinic in Woldia will help women more directly than a UN Global Strategy.  If the strategy helps bring more attention to the neglected issues of the health of women and children, it may help to create the conditions in which organisations like Marie Stopes can get government support and funding to continue to expand their services. These high level international agreements can, in principle, play a useful role, by drawing attention to key issues.  This is especially true of issues, like family planning and women’s health, which tend to be ignored by male-dominated political discourse. 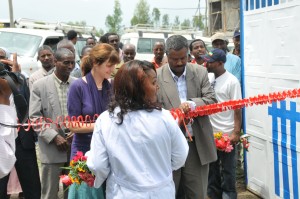 Though it calls itself a global strategy, yesterday’s UN press release Every Woman Every Child does not constitute a global strategy. It is a list of activities by a good number of developing countries, donors, NGOs and businesses.  That is not meant as a criticism: unlike other issues which are genuinely global (like climate change or tax cooperation), access to family planning is an issue that will have to be sorted out country by country, so a global strategy is unlikely to be either helpful or necessary.

Many NGOs are obsessed with input commitments and whether this is “new money” – if one were uncharitable one might think that this is because they expect some of the money might flow through their own organisation.  Patrick Watt from Save the Children UK was on the BBC World Service this morning saying that they would be looking carefully at the commitments to see what is new.  A press release from Oxfam calls for donors to “put their money where their mouth is” and provide “answers on where this new money will come from.” None of this is the point.  A lot of what is in the paper is evidently a restatement of existing commitments, both by donors and by developing countries. Perhaps in the course of compiling the list there has been some arm-twisting to get some countries to beef up their existing plans, and to the extent that this arm-twisting was successful, more money will be allocated to maternal and child health.  In almost all cases this will have been diverted from elsewhere in that country’s aid budget: whether or not that’s a good thing depends on which other parts of the aid budgets will get less money as a result.

What matters about the UN announcement is not the inputs, but that it draws attention to the importance of doing more to improve the health of women and children, including family planning, for the well-being of families in developing countries and for economic development. Because the main value of the UN announcement is the signal it sends, rather than the inputs it commits, it is hugely depressing and potentially rather damaging that it contributes to the conspiracy of silence on the need for access to safe abortion.

Long story short: it is great that there is renewed interest in the health of women and children.  Family planning not only improves the lives of individual families, it has the potential to enable a country to move onto a virtuous circle of development and demographic change.  The UN strategy isn’t really a strategy, which is fine; and it is important not for new input pledges but because it highlights the importance of the health of women and children. Because it is the signal that matters, it is depressing that the strategy does not talk about the need to end unsafe abortion.  And I’m insanely proud of what my partner does to make the world a better place.

(My partner works for Marie Stopes International which provides family planning and sexual health services in over forty countries around the world.)