They stole our coffee 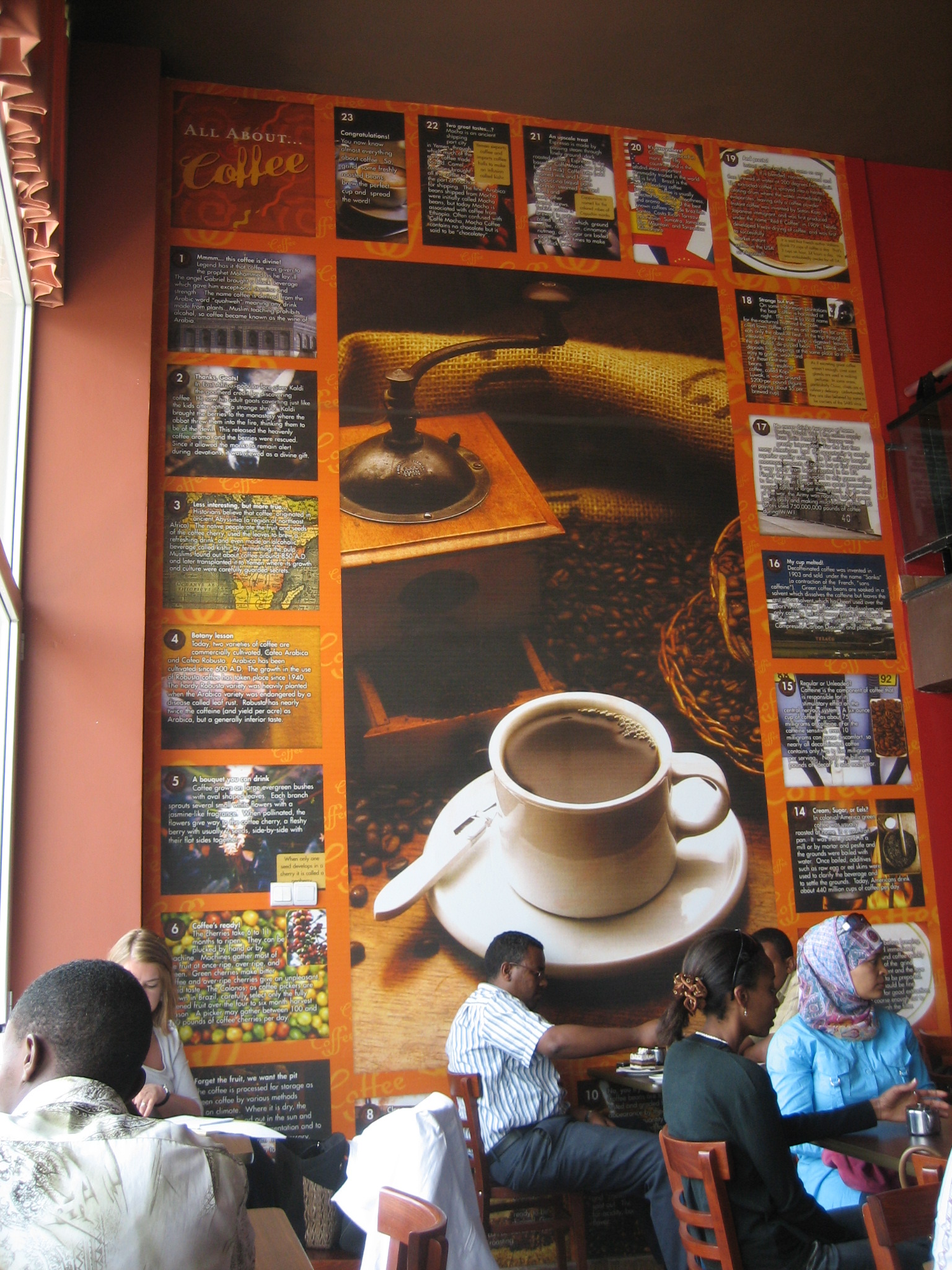 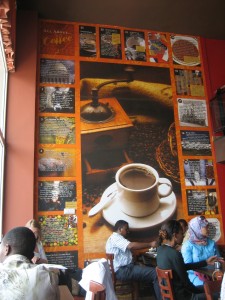 There is a chain of coffee shops in Addis Ababa called “Kaldis”, named after the shepherd who, according to Ethiopian folklore, first identified coffee after watching the reaction of his goats who had been grazing on a coffee bush.  Ethiopia is the birthplace of coffee.

The Kaldis coffee shops clearly drawn more than a little inspiration from Starbucks – the logo, green aprons, and decor of the coffee shops will be familiar to anyone who has visited a branch of the Seattle-based chain (which has not yet arrived in Ethiopia).

The coffee in Kaldis is much, much better than Starbucks, however.  Ethiopians take their coffee very seriously and it is deeply embedded in Ethiopian culture; from the prolonged “coffee ceremony” in towns and villages up and down the country, to the sipping a machiato with the Sunday papers in one of Addis Ababa’s many cafes.

Tseday Asrat, the owner and founder of Kaldis, makes no secret of drawing her ideas from Starbucks.  According to the New York Times,

”I’ve always loved Starbucks, the ambiance of it,” said Tseday Asrat, the proprietor of Kaldi’s, fessing up to the obvious inspiration behind her year-old business. ”So we created our own version of it here.”

Ethiopian friends tell me that she was challenged about this on Ethiopian radio. Did she feel guilty about stealing ideas from Starbucks? “Not at all”, she apparently replied. “After all, they stole our coffee.” 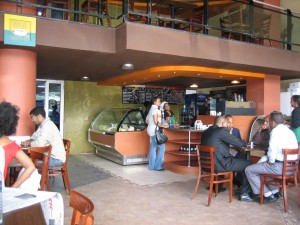 It is a nice story; and there is a lesson. One of the unsolved mysteries of development economics is why inequality has grown so much in the twentieth century. Never in the whole of human history has the world been so unequal. In the past, poor societies would “catch up” with richer and more technologically advanced societies, usually by adopting their technologies. New agricultural methods, such as crop rotation and fertilizer, would spread. The spinning jenny, steam engines and factory production lines were adopted all around the world. But in the twentieth century an increasing proportion of the important technologies that make our society rich are subject to patents, copyright protection and trade secrets. Whether it is the composition of pharmaceuticals, new varieties of seeds, software we use to run our businesses and governments, or complicated fertilizers, the knowledge that underpins the wealth of our societies is more and more protected.

In the sixteenth century, double entry bookkeeping spread rapidly across Europe from Venice, enabling merchants to manage their firms much better and so contributing to rising prosperity. The idea was adopted the world over. But today’s technologies to improve the management and productivity of firms – from Microsoft Excel to enterprise management software – cannot simply be copied by firms in poor societies. The consequence is that it is much harder for firms in poor societies to compete, and catch up is much slower.

The intellectual property rights regime which aims to create incentives for innovation in industrialised societies has an unintended (and probably unnecessary) consequence of making it much harder for poor countries to catch up. I’ll be writing more about that issue here in future.  In the meantime, let’s celebrate Kaldis, which takes a good idea and makes it even better.

PS apologies to everybody who subscribes to this blog by email who got a meaningless email today. I allowed some software to create a temporary test page on my blog, stupidly forgetting that it would send out an email alert automatically.  I’ll do my best not to make that mistake that again. Clearly I’m new to computers.

16 thoughts on “They stole our coffee”