The sports drinks conspiracy that kills 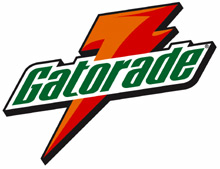 If you ever run a marathon, you will be bombarded with advice like this from the "Gatorade Sports Science Institute" (!):

Drink at every fluid station– Drink even if you don’t feel thirsty. Thirst is not a reliable indicator of fluid needs because by the time you feel thirsty, you’re already dehydrated.

Even the apparently impartial BBC tells us:

Take on plenty of water as you make your way to the starting area on Sunday morning and accept water and sports drinks every time they are offered during the race, even if you are not thirsty.

Is this good advice?  It is if you have shares in Gatorade (made by Pepsi) or Powerade (made by Coke). But it is increasingly apparent that it is NOT good advice for marathon runners.

A recent article in the New England Journal of Medicine reported that thirteen percent of runners in the 2002 Boston Marathon had hyponatremia, a deficiency of sodium in the bloodstream caused by drinking too much fluid.  This is not a new finding: Tim Noakes (a professor of sports science) published research twenty years ago showing that water intoxication is a risk in endurance events. In 2002, runners died of hyponatremia in both the Boston Marathon and the Marine Corps Marathon – and there are at least a dozen other examples of death during marathons from hyponatremia, and many more people who have been severely ill and at risk.  Your risk of drinking too much far exceeds the risk of drinking too little.

This is, of course, not what the manufacturers of sports drinks – who also sponsor many races – want to hear, or want you to believe.  But as Noakes points out, there is no evidence of damage from short term dehydration during races:

Everyone becomes dehydrated when they race … But I have not found one death in an athlete from dehydration in a competitive race in the whole history of running. Not one. Not even a case of illness.

In my 2002 book, Running for Fitness, I discussed the dangers of over-hydration (the first mainstream book on running to do so, as far as I know).  I noted that the recommendation of the Amercian College of Sports Medicine was to drink 600-1200 ml an hour but that "there is a danger that this may be too much for non-elite athletes who are running a marathon".  I did not mention that the American College of Sports Medicine is sponsored by, er, Gatorade.

Thankfully, the mainstream media are beginning to get it.  Yesterday’s New York Times reported that the participant handbook for runners in the New York City Marathon will say – for the first time ever – that runners should drink no more than eight ounces of water every 20 minutes. It is a huge advance that runners are being encouraged to set an upper, not a lower, limit on their drinking during races.

What about the risk that your performance will suffer if you are dehydrated?  The evidence for this is scant: in fact, it is striking that those who do best in marathons are often the most dehydrated at the end.

I wouldn’t recommend this to less experienced runners, but I recently tried running a marathon (the San Francisco Marathon in August) without drinking or eating anything at all. Nothing passed my lips: nada.  All I had to drink that morning was one strong cup of black coffee.  I ran 3:05 without any tapering or preparation (in fact, I ran ten miles the day before as well) and felt fine.

Amby Burfoot, the editor of Runners’ World, says in the October 2005 edition that you should

drink when you thirsty, understanding that water, sugars, and electrolytes will help you to feel and perform your best. But don’t force yourself to drink.

Pepsi doesn’t want you to believe it, of course.  The "Gatorade Sports Science Institute" still says:

Although dehydration remains the primary challenge for the vast majority of athletes, hyponatremia should be recognized as a possible threat to those athletes who go overboard in their hydration practices.

Gradually, this information is reaching more runners, and fewer are suffering the effects of hyponatremia.  After the deaths in 2002, the number of people suffering from hyponatremia in the 2003 Boston marathon fell to 6 percent; and the London Marathon doctors are also reporting that the number of cases is coming down.

We have an uphill battle against the advertising and propaganda of the sports drink industry, and the powerful addictive qualities of sugar.

Sports drinks are useful, in moderation, during marathons because they replenish your blood sugar and slow down the depletion of your glycogen stores. When you do drink during a marathon, it is a good idea to drink a diluted sports drink (or just water with some sugar and salt in it) rather than plain water. But evolution has equipped you with a thirst mechanism for a reason.  Our ancestors who hunted in the hot sun for many hours did not force themselves to drink before they were thirsty, and nor should you.

Read more about these runners who are the victims of the sports drink industry campaign to persuade you to drink too much:

8 thoughts on “The sports drinks conspiracy that kills”