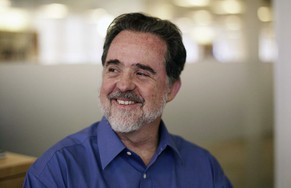 Ray Offenheiser, president of Oxfam America, writes on the Modernizing Foreign Assistance blog that US foreign assistance should be more transparent, more predictable, reduce reliance on US contractors and NGOs, use local NGOs, use country-based rather than Washington-based planning, and focus on outcomes rather than outputs.

This is very good stuff (and particularly commendable for the concise way it is written, without any of the usual development-speak).  I am particularly pleased to see transparency and predictability as the first two items.

I would add three things.

First, “reduce reliance on US contractors” is an anaemic recommendation.  The US should follow international best practice and untie all its aid.  In particular, the way the US and EU dump their surplus food in developing countries, driving local farmers out of business, is a disgrace.

Second, a quick way to improve the effectiveness of scarce aid resources would be to spend more money in the poorest and most populous developing countries.  Less than 40% of total aid is spent in less developed countries. Just shifting aid to the countries that need it the most would make a big difference to the impact of that aid.

Third, Congress needs to stop with the earmarking which is a huge driver of inefficiency in US foreign assistance.  Perhaps it is implicit in the final recommendation (make plans in the country, not in Washington) but it needs to be explicit.  The Bush administration did a pretty good job of preventing Congress from imposing earmarks on the MCC; this approach should be extended to the rest of US foreign assistance.