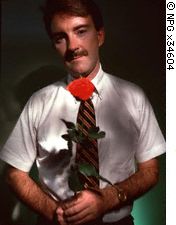 The EU has reached an agreement with China under which China will restrain its exports of textiles and clothes into the EU until the end of 2008. The negotiators – EU Trade Commissioner Peter Mandelson and Chinese Commerce Minister Bo Xilai – are are very pleased with themselves for averting a trade dispute. They should be ashamed of themselves. This is an agreement that does not benefit the EU, whose consumers will be denied access to cheaper clothing, nor the China whose producers will be prevented from selling their products to people who want to buy them. The problem, as ever, is that the garment industry in Europe is more vocal and better organised, and so carries more political weight, than the more diffuse group of consumers who benefit from opening up trade. So special pleading by a minority overrides the interests of the rest of us. More than half the Chinese population lives on less than $2 per day; and a large proportion of the world’s poor are Chinese. Unlike Africa, it seems likely that China will develop over the coming decades into an economic powerhouse (incidentally, disproving the argument that democracy and free speech are essential prerequisites to economic development; but that is a subject for another day). While there are so many poor people in China, it is an outrage to deny them the opportunity to trade their way out of poverty by selling into EU and US markets. The US and EU limites will cost the Chinese textile industry more than $3 billion a year, and adversely affect up to half a million workers. So we have a policy agreement which is in almost nobody’s interests – not the poor of China, seeking to export and growt their way out of poverty, and not the people of Europe (or not the people in Europe who wear clothes). The interests of those people are being put behind the small number of people in Europe whose livelihoods will be adversely affected by having to compete with imports from China. On what authority did Peter Mandelson sign up to this agreement on our behalf? As Tony Benn likes to ask:

What power have you got? Where did you get it from? In whose interests do you exercise it? To whom are you accountable? How do we get rid of you?

You can read more about the deal here. (Actually, I quite like Peter Mandelson, though I am no great fan of the New Labour project. I think he was unfairly treated when he was forced to resign from the Government, even though there was no evidence he had done anything wrong. But I think this agreement is a triumph of style over substance.)