Josh Lyman to be Chief of Staff 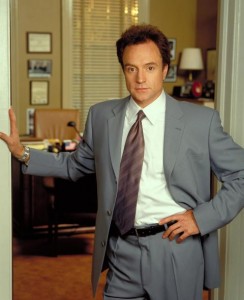 Emmanuel is apparently the model for the character of Josh Lyman (played by Bradley Whitford – pictured right) from his days in the Clinton White House.

Lyman has always been my hero in West Wing (except for that are-they-aren’t-they thing with Donna, his assistant).

Of course the West Wing scriptwriters foresaw that Emmanuel would become Chief of Staff: in Series 7, Lyman becomes Chief of Staff to Matt Santos, the first non-white President of the United States (played by Jimmy Smits).

4 thoughts on “Josh Lyman to be Chief of Staff”