All that glisters: the golden thread and complexity 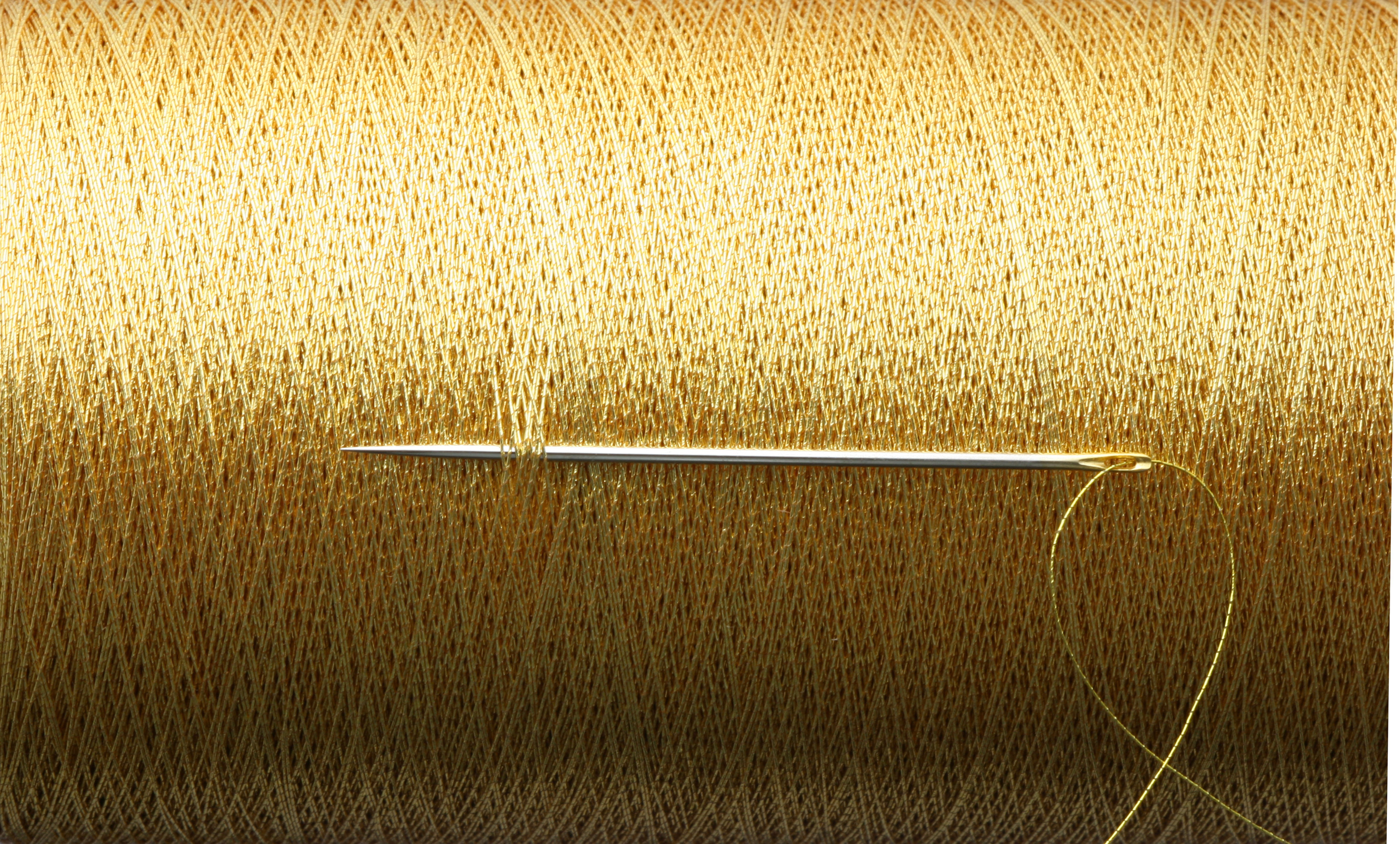 The British Prime Minister, David Cameron, says he wants us to stop talking simply about the quantity of aid we give, and:

“start talking about what I call the ‘golden thread’, which is you only get real long-term development through aid if there is also a golden thread of stable government, lack of corruption, human rights, the rule of law, transparent information.”

This is not a new wheeze: Mr Cameron has been talking about the golden thread since before he became leader of the Conservative party. Given that he is a co-chair of the UN High Level Panel on the global development agenda after 2015, we can expect to see some of this thinking in the panel’s recommendations.

Mr Cameron’s approach resonates with the thinking of other world leaders. On stepping down as the British Prime Minister, Tony Blair said that he believed that:

“Open v closed” is as important today in politics as “left v right”. Nations do best when they are prepared to be open to the world. This means open in their economies, eschewing protectionism, welcoming foreign investment, running flexible labour markets. It means also open to the benefit of controlled immigration.

Similarly, US President Obama’s administration has given firm support to the Open Government Partnership, a voluntary alliance of 55 countries which are committed to making themselves more open, more accountable, and more politically inclusive. At its inaugural event, President Obama said:

the strongest foundation for human progress lies in open economies, open societies, and in open governments. And I challenged our countries [sic] to come back this year with specific commitments to promote transparency, to fight corruption, to energize civic engagement, and to leverage new technologies so we can strengthen the foundations of freedom in our own countries.

Though the views expressed by Mr Cameron, Mr Blair and Mr Obama are not identical, they have in common the idea that societies and economies are more likely to develop when they are more accountable and open. There is no single, complete statement of the golden thread policy, but Mr Cameron has described in various speeches what he calls the ‘enablers’ of development: transparency, openness, accountability, empowerment, freedom, rule of law, property rights, absence of corruption, free media, free and fair election, trade, flexibility and civil society.

Critics dismiss the golden thread as a naïve restatement of economic liberalism: that is, the largely discredited view  that developing countries are poor because they have bad policies and institutions which trap them in an inefficiently low equilibrium far away from the economic frontier. In the 1980s this thinking led to a set of policy prescriptions known as the Washington Consensus, which is generally regarded as having been a failure.

But it would be unfair to confuse Mr Cameron with Marty McFly, getting into his DeLorean to return to the 1980s. In his 2005 speech Mr Cameron made it clear that he was advocating economic empowerment, which he explicitly contrasted with the economic liberalism which was the intellectual underpinning of structural adjustment programmes. So what’s the difference?  Economic liberalism is a set of prescriptions intended to remove obstacles to enable firms to be more efficient and so increase economic growth; economic empowerment as defined by Mr Cameron is a set of ideas about what is needed for the economic and social system to improve itself more rapidly and more fairly. This is not merely a semantic difference: the golden thread focuses on openness, transparency, accountability and a free press, none of which was ever part of the Washington Consensus. That gives grounds for optimism that the golden thread heralds a new and welcome focus on how economic and social systems change. 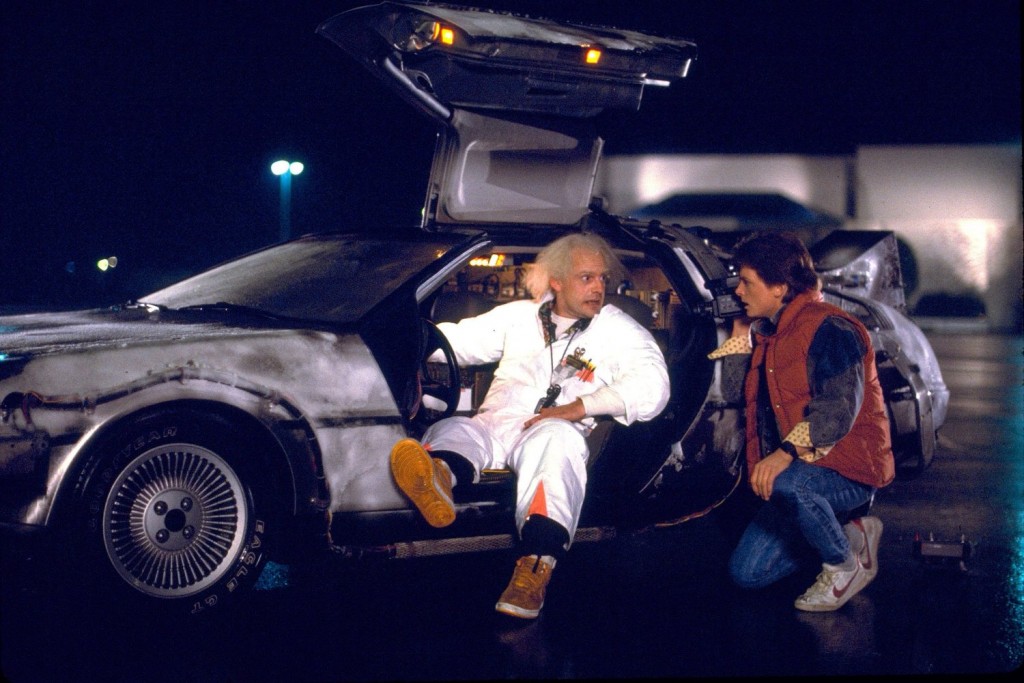 “Doc: can you take me back to the days of the Washington Consensus?”

To the extent that the golden thread focuses on what it takes for systems to change themselves, it fits comfortably within the mainstream development consensus which emphasises ‘country ownership’ – that is, the hard-won lesson that lasting change comes from within developing countries, rather than through policies imposed from outside. With its emphasis on transparency and accountability, the golden thread approach can be interpreted as looking for ways to strengthen and accelerate those internal evolutionary processes, rather than imposing new policy prescriptions. (See Alan Hudson’s work on ‘open development’ for more about the importance of open governance.)

Furthermore, though this is not the basis on which the golden thread has been explained, the focus on how systems change is consistent with the idea that development is the emergence of self-organising complexity which brings about vast improvements in human well-being. In complex systems successful transition happens more rapidly and more successfully when economic and social systems are able to adapt and evolve, and when that evolution is driven by an evolutionary fitness function which reflects society’s values and priorities. (For more explanation, see my online presentation about complexity and development.) The ‘enablers’ of development described by Mr Cameron, Mr Blair and Mr Obama are all very plausible candidates for the kinds of system properties which might accelerate the emergence of self-organised complexity.

So the golden thread has much to commend it. But as it is currently articulated, it has three important shortcomings, which will be fatal if they are not addressed.

First, as currently articulated the golden thread talks more about free markets, jobs and growth than it does about other ways to encourage social and economic change, such as reducing inequality, tackling the power of vested elites, providing social protection and safety nets, or ensuring a strong voice for civil society. There is a streak of laissez faire in the choice of policies which does not do justice to the idea that we can – and should – shape evolutionary processes. In biological evolution we have had to accept ‘survival of the fittest’ as our fitness function; in economic and social evolution we can be more deliberate about shaping the fitness function to take us in the direction in which we want to move. People on the right tend to focus on the need for innovation and selection to accelerate evolution, but often pay too little attention to the need for society to shape the direction. People on the left, by contrast, tend to pay too much attention to determining the destination and too little to nurturing the dynamism and creative value of the evolutionary process which will get us there.

Second, the golden thread as it has been articulated so far does not say anything at all about the need to make changes to the global system as well as within developing countries. As several people commenting on the  first post in this series rightly observe, the interdependence of systems does not stop at national borders. Global systems and institutions, and the policies and behaviour of rich countries, have an important influence on the evolution of economic and social systems in developing countries, and the principles of the golden thread apply just as much at global level as they do at the level of the nation state. For example:

Third, and probably most important, the golden thread has more to say about desirable dynamics in society than it does about how to bring them about. We have had more failures than successes trying to bring about institutional and political reform in other countries. There is a danger of going straight back to failed efforts to transplant institutions from one situation to another. (Section 5 of the presentation discusses the danger of isomorphic mimicry, a term coined by CGD Fellow Lant Pritchett to highlight the repeated failure of this kind of intervention.)

Understanding economic, social and political change through the lens of complex adaptive systems should make us more modest about our ability to change those systems directly. It is generally impossible to design and engineer change in a complex adaptive system. As I point out in the conclusion of the presentation, it follows from a complexity view of development that outsiders would do better to think about whether they can nudge systems towards having the right kinds of dynamic properties, including greater capacity for experimentation, feedback and learning, so that systems can evolve these kinds of institutions on their own. That humility seems to be largely missing from the golden thread narrative, which seems to be presented as a universal blueprint for success. It is those questions of feedback to which I will turn in my third blog post in this series.

Mr Cameron’s golden thread fits well with the view that we should do what we can to help change occur from within, not impose it from outside. It emphasizes the importance of institutions and policies which may strengthen and shape change. In this respect, it fits well with a complexity view of development. But to be a credible basis for a development policy, it will need to embrace a broader understanding of how societies change (e.g. attacking privilege, not just further liberalising markets), recognise the need for changes in global systems and in the behaviour of rich countries to improve opportunities for change in the developing world, and display greater humility about the role that outsiders can play.