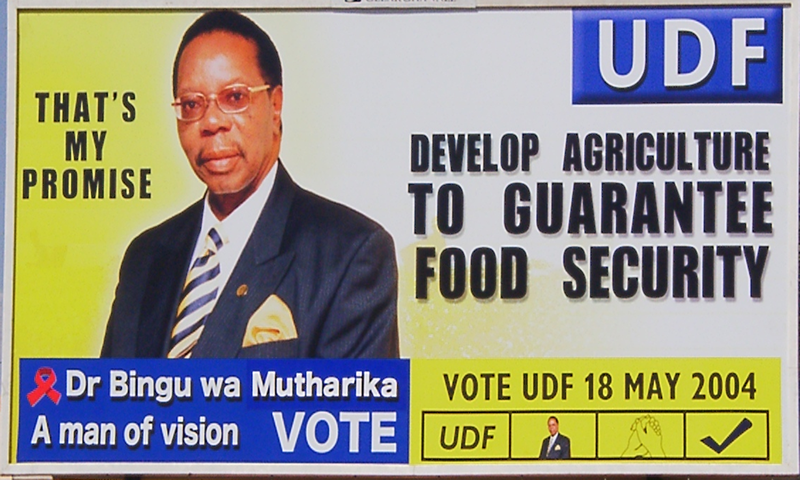 On the Oxfam blog, Max Lawson has an excellent guest post telling the story of how Malawi has used an extensive programme of fertilizer subsidies to generate seven years of economic growth, reduductions in poverty and child deaths.

Malawi’s agricultural input subsidy programme addresses a low maize productivity trap that leads to food insecurity and poverty, and constrains economic growth and, paradoxically, diversification out of maize and agriculture. This low productivity trap arises as a result of severe seasonal credit constraints affecting very large numbers of poor, food deficit farming families, together with thin and high risk, high margin input and maize markets. The key successes of Malawi’s subsidy programme arise where it relieves both affordability and profitability constraints to increased staple crop productivity from increased input use, and in doing this both raises land and labour productivity and improves food security for large numbers of poor households through some combination of increased real wages and reduced food prices.

The only part of Max’s post that I disagree with is his remark that  “we should leave our economic theory at the door and instead focus on what works empirically.”  As Jonathan points out in the comments, economic theory tells us that government intervention may be an appropriate response to market failures.  While recognising the success of the programme so far, we should not stop asking whether the same results could be achieved more cheaply and more sustainably with some other, even better approach.

A more relevant challenge is: why did some donors oppose this programme, and what have we (and they) learned from that error?

Dr Bingu wa Mutharika fought and won the 2004 election on a platform of guaranteeing food security. HIs proposals for a targeted subsidy was overturned by the Malawi Parliament in favour of a universal subsidy, which was introduced in 2005. 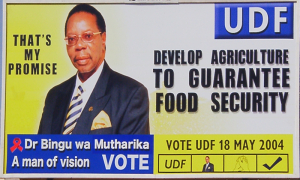 Donors are – on paper – committed to respecting government ownership and supporting the governments’ development programme.  Yet despite clear national commitment, endorsed in a democratic election, donors generally opposed the introduction of fertilizer subsidies, consistent with the World Bank’s position throughout the 1980s and 1990s. The donors argued against the government’s proposed scheme because they thought it would be too expensive; it was insufficiently targeted on the poor; it would undermine private sector development; and because they doubted the capacity of the government to implement it.

When Malawi introduced its programme in 2005, the IMF and the US Government opposed it outright, on the grounds that it would damage the private sector. The World Bank, EU and UK Department for International Development adopted a more nuanced position: they argued that instead of a universal programme there should be “smart subsidies” which should be tightly targeted to reduce the costs, and that the programme should include an explicit exit strategy.  DFID eventually supported the programme after extracting an agreement from the government that it would use private fertilizer suppliers.  Some of the Scandinavian donors and UN agencies supported the programme from the outset, partly influenced by the apparent success of a local Millennium Villages Project.

The apparent success of the Malawi fertilizer subsidies is primarily a story about the Malawi government, not donors; though the scheme could not have been afforded, especially through the 2008 price hike, without donor funding.  But it does give rise to two questions about donor policy and behaviour.

First, are donors still labouring under too simplistic a view of the role of government in the economy? Donors continue to be sceptical of agricultural subsidy programmes (which is rank hypocrisy, given the subsidies they provide their own farmers).  This seems to be partly because we have an insufficiently rich analysis of the nature of the market failures and how they are best addressed; and partly because donors still suffer from the sustainability delusion, which requires them to oppose perfectly sensible government policies and programmes for which there is no identifiable exit.  If the UK government were only allowed to implement inherently time-limited policies there would be no National Health Service.

Second, how should donors reconcile their own views of a policy with their commitment to respect country ownership? Donors are committed to support developing countries’ own development strategies.   But what happens if they disagree either with the thrust of those policies, or with particular details?  Should they refuse to finance them? Should they act as “critical friends”, identifying the shortcomings of the policies and seeking to get them changed?  Should such opposition be private or public? How is that consistent with respecting country ownership? If they do try to change the policy how are they held to account when – as was apparently the case in Malawi – they are wrong?

I’d like to suggest two ways in which donors can better respect country ownership. First, where they have an opinion about a policy, they should produce publicly their analysis and evidence, to allow this view to be discussed as part of the public debate, rather than exert political and economic power behind closed doors.  Second, there should be a version of the Salisbury Convention in aid: if a government is pursuing a policy for which it has an explicit mandate in a reasonably democratic election, the donors should not try to undermine it.

UPDATE: Smart commenters below ask two questions.  First, is it premature to say this has been a success, until we have a year of bad rains?  Second, were the donors as hostile as my blog post suggests?  If you have insight into either question, please leave it in the comments below.