Owen Barder is Chief Executive of Precision Agriculture for Development, a non-profit organization with a mission to support smallholder farmers in developing countries by providing customized information and services that increase productivity, profitability, and environmental sustainability.  Owen is also a Visiting Professor in Practice at the London School of Economics; and Specialist Adviser to the UK House of Commons International Development Committee.

Previous, Owen was a Vice President and Senior Fellow at the Center for Global Development. After working for CGD in the US, Owen established CGD Europe, and built it into a successful European think tank.

Owen was a British civil servant in a career spanning a quarter of a century. He worked in H M Treasury, the office of the Prime Minister, and the UK Department for International Development.  He has been the private secretary to the Prime Minister and to two Chancellors of the Exchequer.  He also took breaks from the civil service to work in the South African Treasury, the Center for Global Development, Development Initiatives, and to be a Visiting Scholar at the University of California at Berkeley.  He has been on the board of several NGOs and he has been an Associate at the Institute for Government.

Owen blogs about development and presents Development Drums, a podcast on development issues. He is on Twitter as @owenbarder. 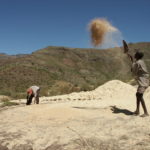 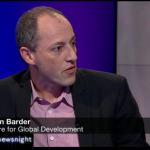 Owen Barder is Vice President, Director of CGD Europe and Senior Fellow at the Center for Global Development . He is also a Visiting Professor in Practice at the LSE  and a Specialist Adviser to the UK House of Commons International Development Committee . ...